Last week, I asked the boys to draw pictures for their grandmother’s birthday card.

Daniel scribbled. Thomas came up with a complicated Rube Goldberg contraption that dispenses pasta. Joshua, after five minutes, was clearly struggling, and when I asked what he’d managed to do, this was what he had to show me. It was the beginnings, he said, of a Where’s Wally? picture. 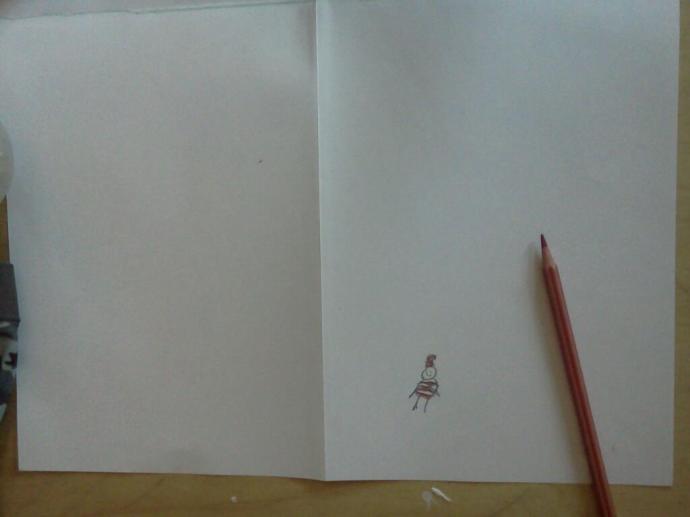 My first thought was that we’d probably be here for a while, but I encouraged him to stick with it. Halfway through, he had something of a rethink, almost certainly because of the amount of figures he’d have to draw.

Anyway, this is what he eventually came up with. 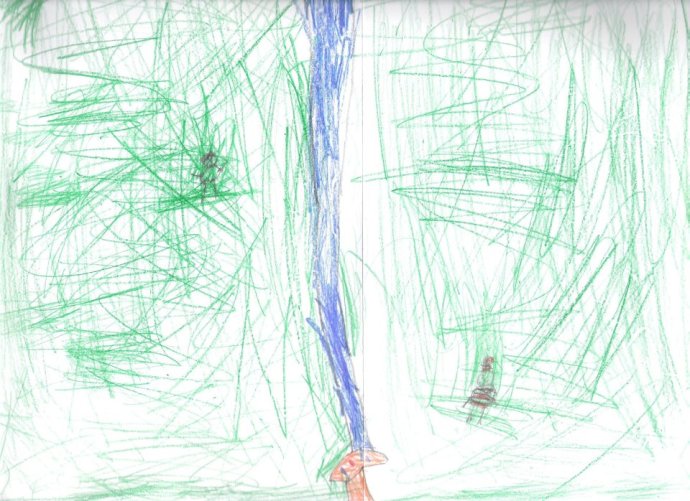 He calls it ‘The Doctor and Wally grow lots of grass in the TARDIS and then get lost in it’. Which is fair enough. (I helped with the green!)