The inevitable Doctor Who / Fifty Shades of Grey thing

There was a thing doing the rounds on Facebook: 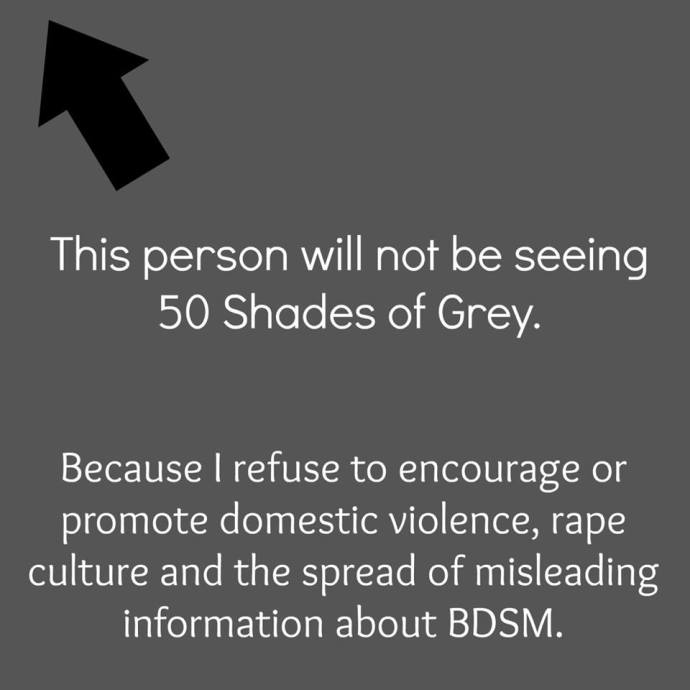 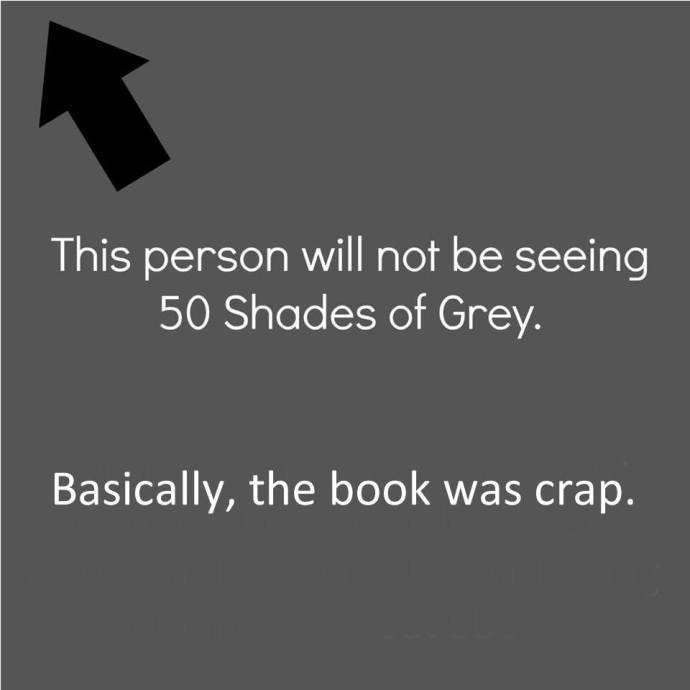 “Disappointingly,” said Gareth, “that image contains all 256 shades of grey. I was hoping its creator had been sneaky.”

Anyway. I got busy with Fireworks yesterday and there are two images below. First, for those of you who were wondering what happened to Jack Harkness’s wayward brother after he got out of Torchwood cold storage: 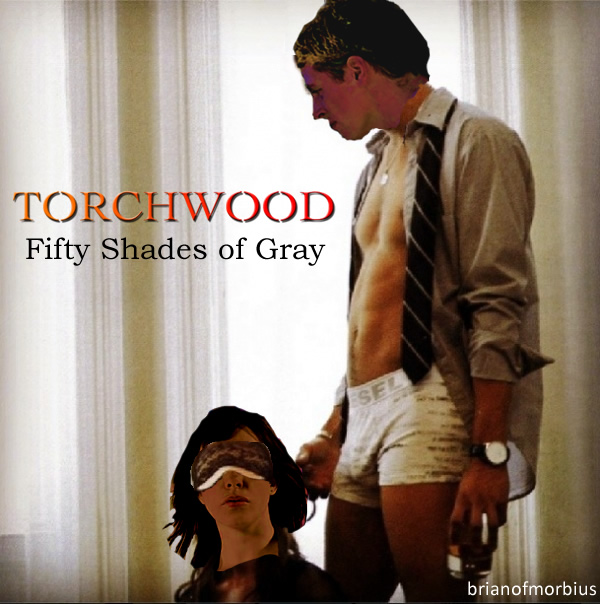 (Let’s just ignore that disastrous neckline, shall we? I had spent ages trying to sync the colours of the only suitable image of Gray so that it didn’t show, and I had shopping to do.)

Meanwhile, in the TARDIS: 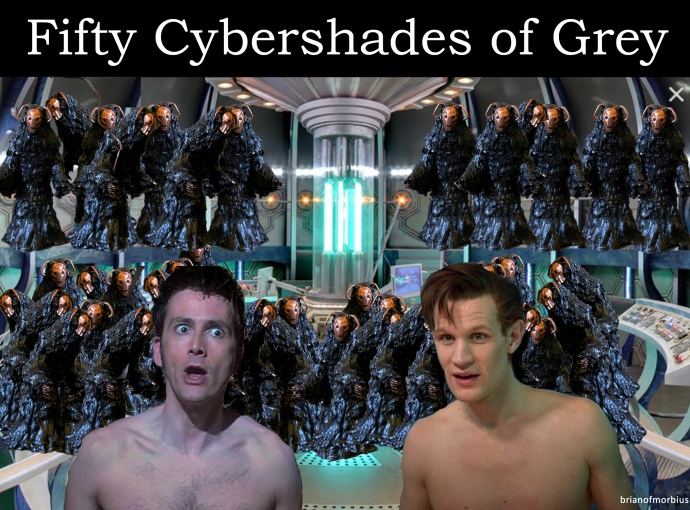 There are exactly fifty of them, by the way; I counted. Some are hidden behind the heads of Smith and Tennant. And yes, I did find those images by Googling for ‘Doctor Who naked’. And no, you don’t want to see what’s in there. Trust me on this. You really don’t. Really.