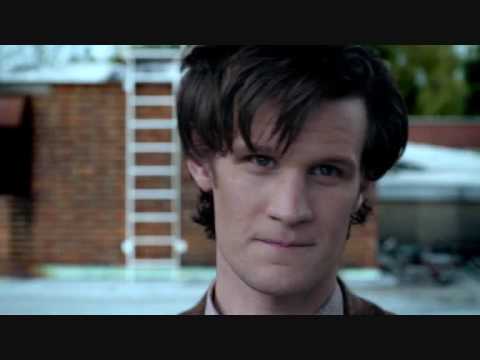 God, he looks young. I mean, the Eleventh Doctor always did. That was the main hook; this youthful, spritely thing, this man who simultaneously carried buckets of energy and centuries of experience. Women wanted to shag him. He would careen about the TARDIS like one of the stars of Swan Lake. He was an extremely physical Doctor, for all the verbal diarrhoea – certainly more physical than either of his immediate predecessors, and perhaps on a par with Pertwee. The karate was gone, but the dancing was a welcome substitute.

I know a number of Cambridge graduates, and it strikes me that there’s always been something quite Eleventh Doctor about most of them. They are brilliant and clever and (mostly) fun to be with, but at the same time you get the feeling that they are on a different level to the rest of us, one we’ll never quite reach. There is something almost unassailable about them. Oh, they don’t talk down to you. I never felt as if I was being patronised or ridiculed. But I always got the feeling I was in the presence of extremely clever people. They didn’t bask in their cleverness, but neither did they hide it under a bushel. 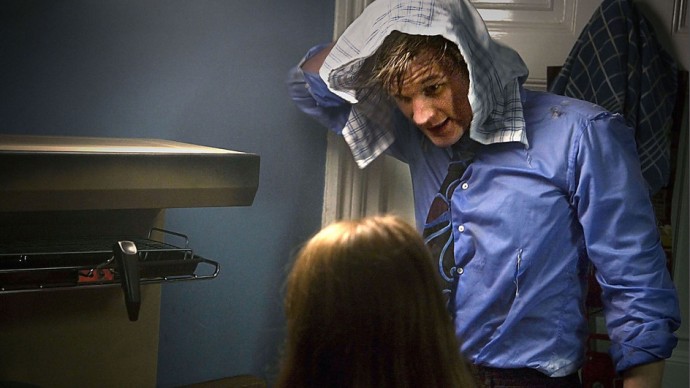 I got that vibe about the Eleventh Doctor from the moment we saw him. There’s an immediate sense of detachment that you never felt with Tennant, who was always giving whatever was happening his full concentration. The moment in ‘The Hungry Earth’ where Elliott wanders off, neglected by a distracted Doctor, would never have happened on Tennant’s watch. He always seemed so focused. Smith’s Doctor, on the other hand, always seemed to have other things on his mind, as if constantly trying to consolidate Fermat’s last theorem, or remember where he left his passport.

This was Moffat’s first episode in charge, and it shows. Stylistically it is bold and innovative, from the Blade Runner-esque fast rewind through the Doctor’s memory as he struggles to remember what he saw on the green, through the fast cutting that would become a staple of this series, up to the moment he penetrates the fourth wall on the hospital roof. Adam Smith directs with flair, and Murray Gold introduces a whole string of new motifs. Moffat cleverly introduces the village of Leadworth (Ambridge to the Powell Estate’s Albert Square) and a whole host of supporting characters, most of whom we don’t see again, simply because this is all about the Doctor and Amy. 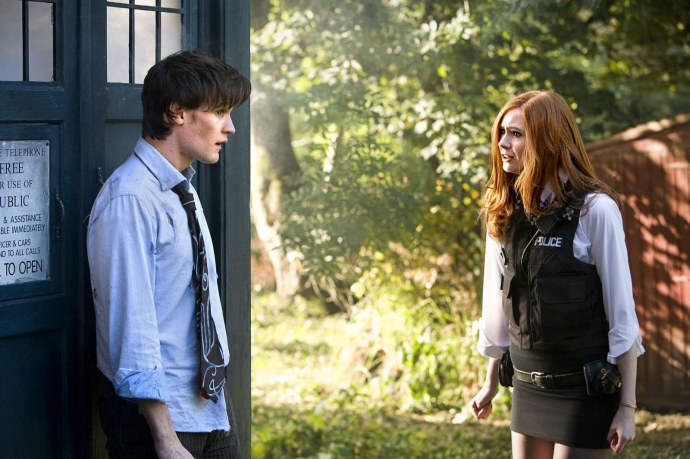 The episode spawned a host of catchphrases, and is arguably most notorious for the fish custard scene – an amusing joke that, like the Weeping Angels, should only ever have been employed once, and suffered with every repeat appearance. But in this scene, in which the Doctor is basically playing Tigger, it’s quite wonderful. Post-regeneration fallout hasn’t been this ridiculous since 1974, and while Smith stops short of the clown outfit, he is still just as manic, at least until he examines the crack in the bedroom wall. It took us nearly four years to get to the bottom of that crack, and it would be lovely to say that it was worth the effort – but this was one of the few times when its appearance didn’t grate, and for that would should be pleased.

If the shapeshifting monster is slightly second-rate, and the Atraxi not much better, the cast more than make up for it. Darvill infuses Rory with a genial, bumbling personality that would harden later on under the Doctor’s influence, while Gillan is a vulnerable, damaged Amy, all suspicious eyes and panic – her sense of bewildered trust / mistrust is a recurring theme throughout, and the moment in the closing scenes in which she becomes overwhelmed inside the TARDIS is genuinely brilliant acting. Supporting turns from the likes of Olivia “I’m in everything!” Coleman and Annette Crosbie add flavour, but never get in the way of Smith, who is never less than compelling in every single one of his scenes.

I don’t want to be too hyperbolic about ‘The Eleventh Hour’, because that would imply that it was a plateau. And as great as it was, things got even better – as we’ll see over the next few days – before they slumped. But this was that rare beast, a post-regeneration story that was not only good (and they’re few and far between, if you actually look at the list) but really good. From the Doctor’s first, gasping crawl over the edge of the wrecked TARDIS, desperately seeking fruit, to the moment when he informs Amy that yes, he is definitely a madman with a box, this is an episode that amuses, delights and dazzles in all the best ways. It’s not the best episode ever, or even the best Smith episode ever. But it’s a hell of an opener.

Cameron’s Episode: ‘Vincent and the Doctor‘