Disclaimer: What follows is not exactly a review, because this is the sort of episode that defies conventional reviewing. It is a dramatised behind-the-scenes look with the reviewer’s opinions shoehorned in; it is completely fictional, and any similarity to real situations is pure luck. Please take it in the spirit in which it was intended, i.e. hastily written and not terribly funny.

[A Thursday afternoon sometime in December. MARK GATISS sitting on a sofa, in conversation with STEVEN MOFFAT – who, unbeknownst to Mark, is playing Candy Crush on Facebook, even while thumbing through a script on his desk.]

STEVEN: The X-Files managed it twenty years ago.

MARK: It’s topical. Didn’t you see that whole propaganda speech I put in about hyper-productivity and how everyone’s going to be able to do more? That sort of thing’s always fun to tear down. The junior doctors are going to love it.

STEVEN: I’ve already got Peter Harness doing immigration. We can be topical but I can’t be seen to be too left-wing. The Mail already have me on speed dial.

MARK: This isn’t like the others. They don’t go mad and start killing everyone.

STEVEN: Anything else I should know?

MARK: I wanted the computer to sound like GLADos.

MARK: Hey, you Frankenstein, me Igor. 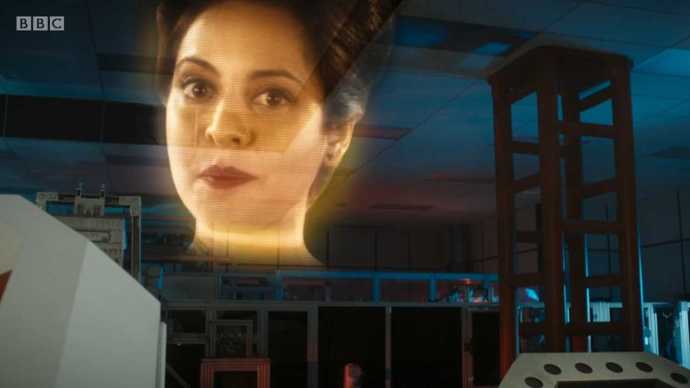 PETER [reading]: “What used to be sleep in your eye has turned into a carnivorous life form.”

JENNA: Oh, you are shitting me.

PETER: Yeah, that’s – I’m pretty sure that’s not in the script, Jenna.

[There is laughter, with an underlying tension.]

MARK: It’s never been done before, though.

JENNA: No, because it’s a fucking stupid idea! It defies common sense and logic! It’s the worst kind of pseudoscience! It’s worse than Spitfires on the moon! This is supposed to be new levels of realism and my suspension of disbelief just had its strings cut.

JENNA: Shut up. Look, it’s as bad as that episode of Red Dwarf where Chris Barrie was gonna clone himself out of dandruff. And that was supposed to be funny.

PETER: Yeah, that one was funny, actually.

STEVEN [to the room]: Don’t spread that around, everyone, it’s not on the list of controlled leaks.

JENNA: Made of sleep crust.

[There is a very tense pause.]

[A burst of laughter across the entire team, and the tension’s gone.]

ELAINE: So how’d you get the Adventures in Space gig, anyway?

REECE: Oh, Mark owed me a favour. I said I really wanted to play Troughton.

ELAINE: For one scene.

REECE: There was supposed to be more of it, but it’s on a cutting room floor somewhere.

ELAINE: It didn’t make the DVD?

ELAINE: It wasn’t really acting, though, was it? You just sort of turned up in a wig and did a bad impression.

REECE: But it needed to be there. It’s the whole transition thing.

ELAINE: And by the time they found out you couldn’t actually do Troughton, it was too late. 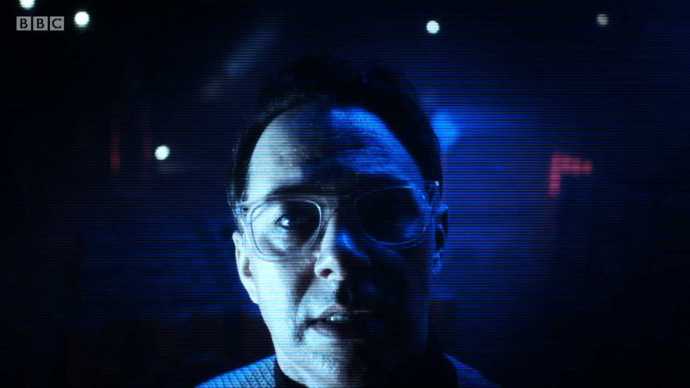 [A chase is being filmed. JENNA is running up a corridor; all of a sudden she trips and falls.]

JENNA: Owww! Shit, I think I twisted my ankle.

JENNA: Shut it and help me up.

JENNA: These shoes are abominable. Why couldn’t I have worn the Faith ones? They were great. They were flat.

FIRST UNIT DIRECTOR: Listen, costume’s not really my department, but I think it was the cameras, they needed decent eyelines for the handhelds –

PETER: Listen, Caroline John managed a weir in a miniskirt, and that was in January. You can do cope with gratings.

JENNA: I’d like to see the Doctor manage this in heels.

PETER: So would half the audience, I think. 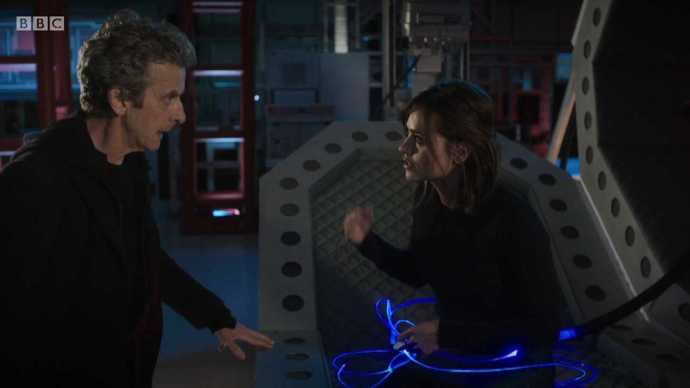 NEET: Are you in character?

BETHANY: No, I mean generally. What is it? Something’s different.

NEET [sucks in teeth]: I knew there was something different about this week.

BETHANY: There it is.

NEET: I find it refreshing. Certainly a change from the usual overwrought stuff. At least you can hear the dialogue.

BETHANY: You say that like it’s a good thing.

BETHANY: The problem is it sounds like dialogue. It doesn’t – look, in real life situations, like the one this is supposed to be mirroring, people don’t do complete sentences. They talk over each other, they –

BETHANY: – interrupt each other, there’s no –

NEET: – look, we don’t want to alienate the audience, right? If it’s too Woody Allen people are gonna switch off. We’re already pushing the envelope.

BETHANY: Please! The envelope is still on the table. The sealant is still applied. The corners are undamaged. The –

NEET: You know, I think I prefer you in Hulk Smash mode.

[PETER and JENNA are between takes.]

PETER: It’s different though, you’ve gotta give it that.

JENNA: It is different. It’s like nothing we’ve ever done before. But the rushes are giving me nausea.

PETER: Do we even have those anymore?

JENNA: You know what I mean. There are just so many cameras.

PETER: And for the first time I can look at them without the fanboys ranting about the fourth wall!

JENNA: It just wasn’t what I thought it was gonna be.

PETER: Listen, Blair Witch was low-tech because it wouldn’t have worked any other way. The multi-camera thing is part of the story.

JENNA: Yeah, about that, am I missing a page? Is this one of those things where they only send it out to you, and you’re not supposed to tell me?

PETER: No, I think Mark’s lobbying for a follow-up.

PETER: You’re not gonna say anything, are you? ‘Cause we don’t want a repeat of the read-through.

PETER: Because they don’t have sprinklers.

PETER: Look, it’s not Ibsen, but it’s better than the Daleks one.

JENNA: My nephew’s written better than the Daleks one, and he’s seven. You’re just defending it because he gave you Shakespeare.

[STEVEN is sitting with his feet up; fingers thumb the surface of an iPad. SUE VERTUE is on a laptop on the other side of the room. An iPlayer broadcast of the episode has just finished: somewhat anomalously, the credits roll.]

STEVEN: Always the plan. Come on, you have to hand it to him. A story about getting enough sleep, or else, broadcast just before bedtime.

SUE: Except everyone uses iPlayer these days.

STEVEN: Well, I can’t do everything.

STEVEN: Oh, it’s downright hysterical. There’s a guy here who decided to explain the word ‘pet’ to the Americans.

SUE: Just don’t go on the Guardian. You know it affects your blood pressure.

STEVEN: Shortly. Need to do the next set of soundbites for the press releases. See you so-

[He looks up from his iPad and notices that Sue is giving him a very odd look.]

STEVEN: Why are you staring at me like that?

[She dissolves into sleep dust. Steven screams. Cut to black.] 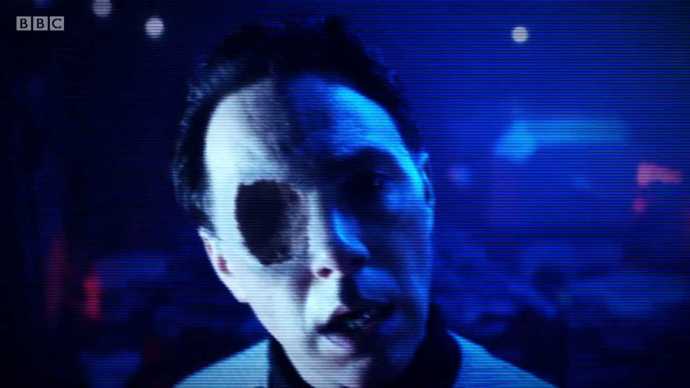