‘Have you ever seen a bride with pockets?’ 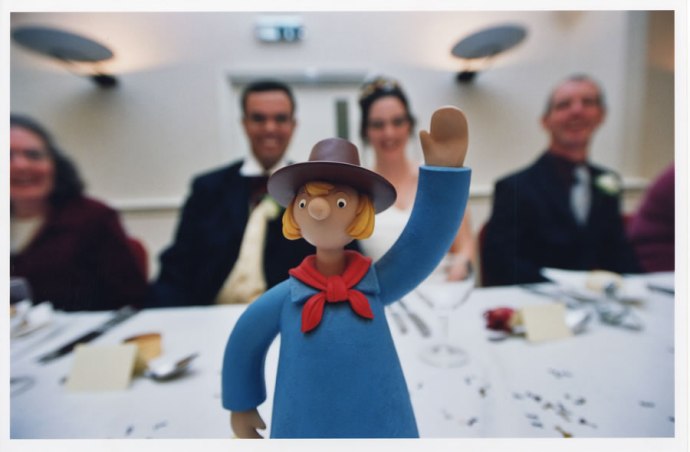 I married Emily twelve years ago today. It was one of those faintly crisp, reasonably sunny mornings in early autumn: the trees were turning, but the piles of leaves carpeting the ground, ripe for kicking and rustling, would be some weeks away. We’d had an argument with my aunt the night before and another argument with the insurance company the morning of the service. After the rehearsal we’d spent hours cleaning and tidying the bungalow with my prospective in-laws ready for an ill-timed house inspection that was due to take place while we were honeymooning.

Come the ceremony, Emily was ten minutes late, but everything went off without a hitch. We walked down the aisle to the theme from Octopussy. We held a ceilidh in a Newbury hotel and danced the night away. In an attempt to emulate a wedding we’d attended the previous summer, we arranged a series of open mic sessions around a borrowed keyboard. Em and I sang ‘Can’t Fight This Feeling’, just for the hell of it. She was beautiful – she still is, but that day she glowed.

I spent most of yesterday rehashing a few of the photos. When we married, the revived Doctor Who was cast and filming and presumably the BBC were wrangling with the Nation estate even as we set off for Genoa. Doctor Who was something we both knew and occasionally talked about but it was yet to saturate our lives. I wonder how things might have been different if we’d held this wedding in, say, 2008. I would have asked for Daleks. She’d have refused. In the event we actually used Trumptonshire as a theme, so it works.

Veterans to this blog will remember that I did this back in 2012. A couple of these are from that original session – one thing I have learned to do since then is improve my Photoshop skills a little bit, so the new ones are generally an improvement. I confess I am quite proud of the last two. The one of her floating in space is actually a composite of three photos – one top half, one bottom half and one arm, which seems very ‘Doctor’s Wife’, somehow. That one took me ages. But you know what? That’s her influence. She makes me strive to be better. I dedicated my first (unpublished) book to her, and described her as ‘the most faithful companion’. But on most days, she’s more like the Doctor – storming through life, fascinating and awesome and sometimes unapproachable – while I’m the clueless idiot at her side who needs everything explained to him. Ours is a relationship of mutual support, but I sometimes wonder if she ends up doing the lion’s share.

So happy anniversary, Em. The Doctor tells us we need a hand to hold. I’m glad I ended up with yours. 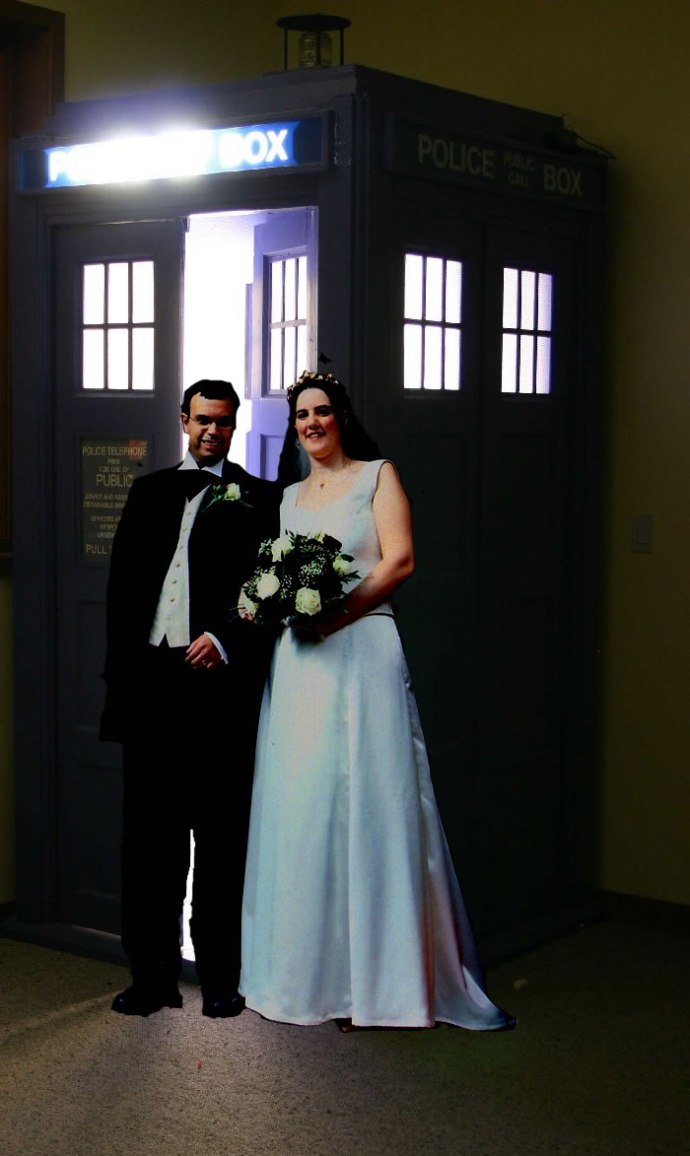 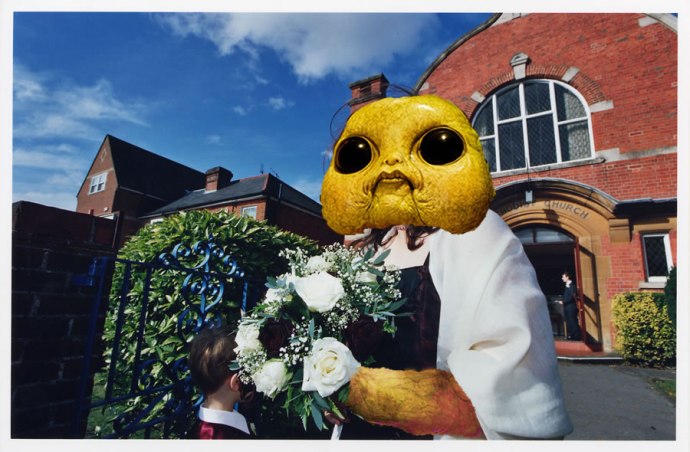 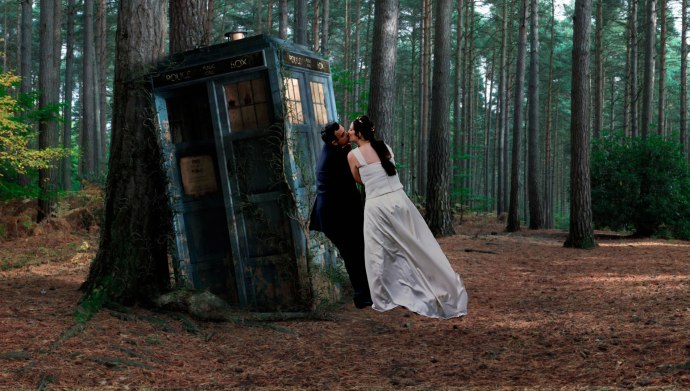 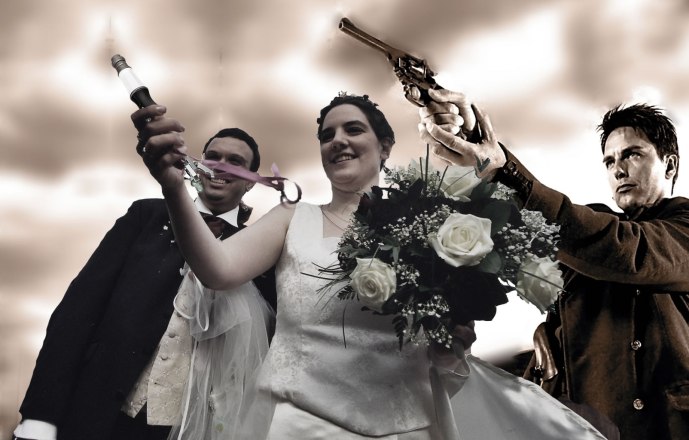 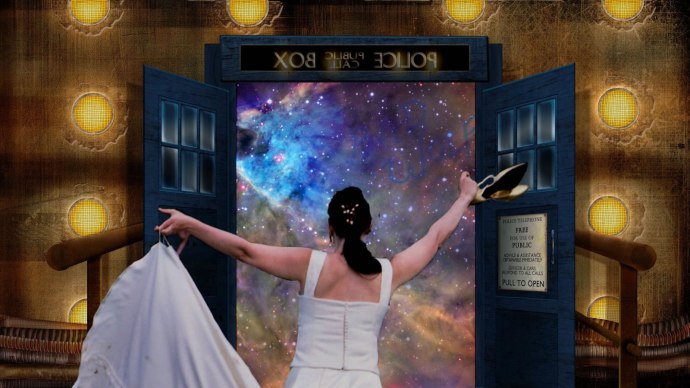 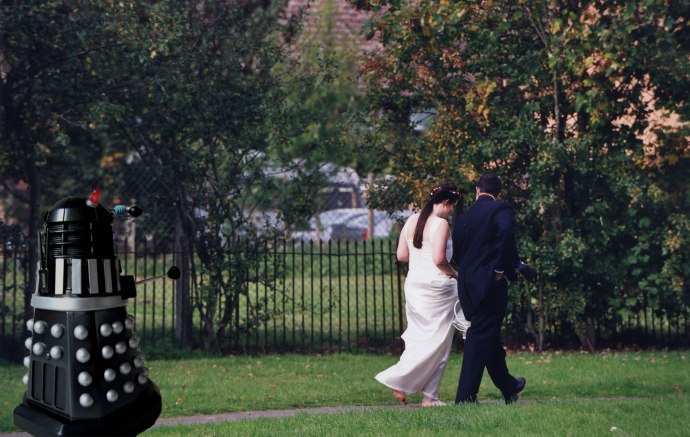 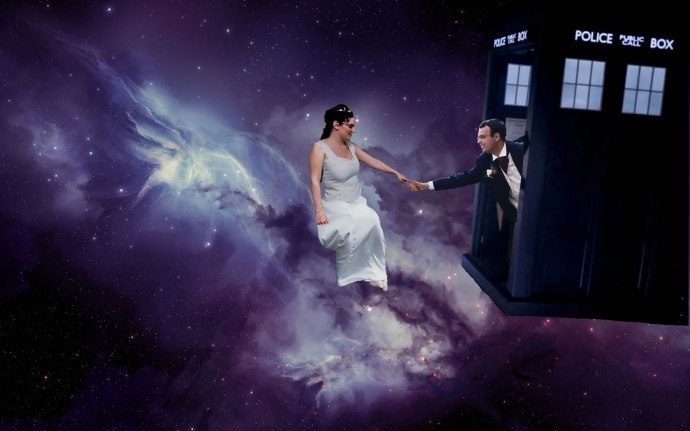 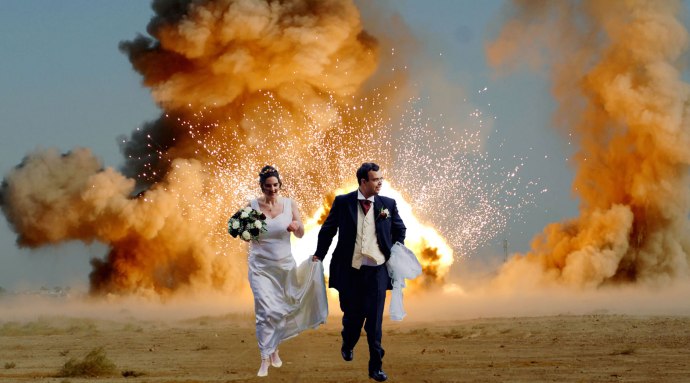