Hey, you. Yes, you! You dozen or so new followers, all from Outlook.com addresses. Don’t think I can’t recognise a spam account when I see one. I’m watching you. One foot out of line and I’m going through the list, so watch yourselves.

I published a thing earlier this week that has caused a bit of a stir, and it looks like this: 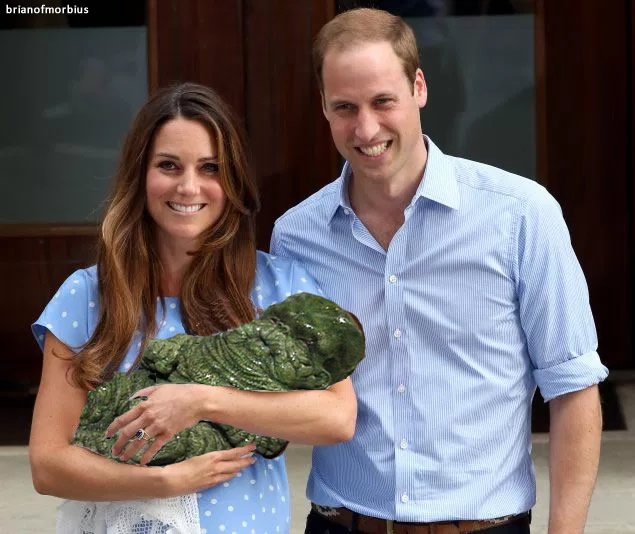 The caption was ‘Exclusive first shot of the royal baby’.

Most people seemed amused and it went down quite well in all the Facebook groups I frequent – but there was one, in particular, where the knives came out in force.

“Disrespectful and offensive,” said one person, while an angst-ridden millennial described it as “a classless and distasteful attempt at satire”.

Satire? Satire?!? Look, it may be broad, and perhaps not terribly funny, but it’s certainly not satire. It’s just a throwback to ‘Delta and the Bannermen’. It’s not even a current photo, but rather one from a previous birth – it was up before we saw any pictures of the as-yet unnamed prince (my money’s on Edward, but we’ll see). I don’t know. There is a thing about fawning over the Royal Family, unless you’re a republican, in which case you consider them tax-dodging parasites (I used to, but it isn’t true, and it isn’t fair, and now I don’t). It’s particularly common on the other side of the pond, where there is unbridled adulation for the figurehead of a country they couldn’t wait to be rid of back in 1776; listen, she’s not your queen, and you’re pretty rude about Trump / Clinton / Obama (delete as applicable), so if you can have your fun, why can’t we? Or are some things more sacred than others?

“You’re in America,” I said. “Over here in Britain, ridiculing the Royal Family is par for the course.”

“No,” said a woman I will not name, except to say that she complains about everything, most notably the casting of Jodie Whittaker. “No, it isn’t.”

That’s not to say that all Americans are offended and all Brits are on board; we may have Spitting Image but there is a movement, particularly since the death of Diana, towards granting the monarchy a reverence it arguably does not deserve. The queen is human. So is Prince William. No human is untouchable, not even royalty. I find it ironic that in twenty years time when this no-longer-small child is out partying and Clarence House’s damage control department is working overtime to keep the press happy, it’ll be absolutely fine to take the piss, but having a little fun with a picture of a newborn in which the newborn isn’t even bloody visible is somehow out of order. Seriously, you’re offended by a Photoshopped alien? There’s not much I can do about that, but if that’s really the case, I fear you may have set the bar rather low.

It’s a busy page and a busy feed and so long as the comments continue to tail off (and I’m not locking them, out of general principle) this will happily fade into the background and be remembered as one of those things that many people laughed at and some people got upset over (one person even going so far as to leave the group, which is frankly overkill). Having said that there are occasional additions to the thread, like in those monster movies where they slaughter the entire host and then at the end the odd one keeps popping up with a “YAAAAAAAAAHHH!!!” and a whiff of fangs, only to be shot down by the one who got scared earlier in the film.

“Consider the possibility,” I was told this morning, “that since this has apparently offended a number of people, maybe it is offensive.”

Anyway: the other thing that happened this week was this piece I found in Metro about celebrities with shrunken heads. Some of them are really very good (the Bieber one, in particular, is wonderful) and I thought…well, why not have a go? 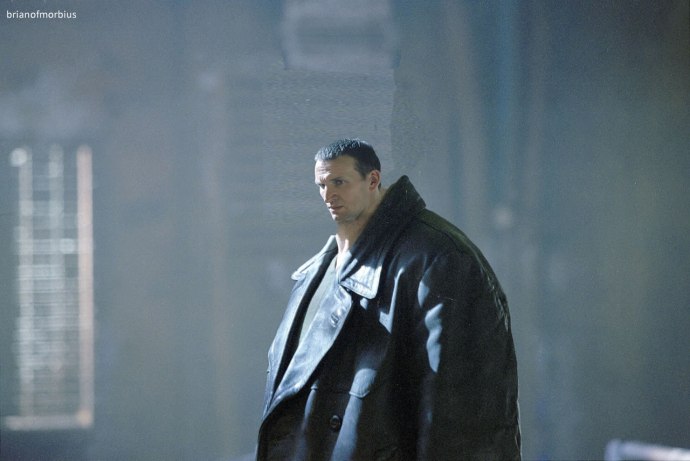 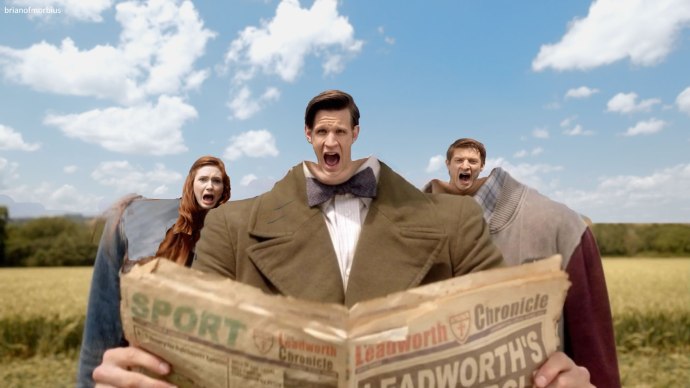 This. This is why not.

This week: as the recent series of The X-Files draws to a close, speculation mounts as to exactly what happened in ‘The Lost Art of Forehead Sweat’, and what it could possibly have to do with Doctor Who. 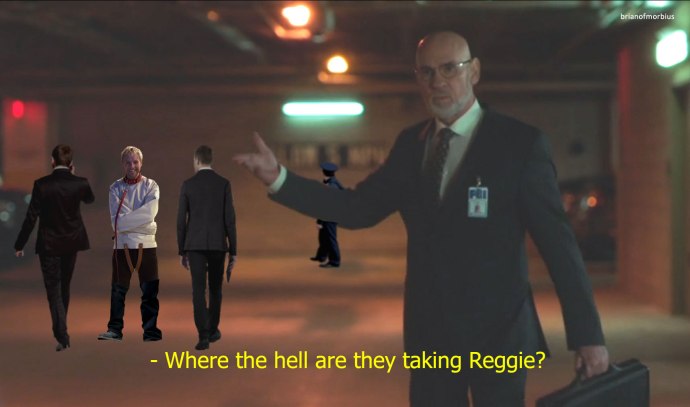 And Peter Capaldi turns sixty. To which we say Happy Birthday, sir. May all your camels be fertile, and may the wind be always at your back, except when you’re standing at the edge of the harbour.

Like Loading...
Categories: Have I Got Whos For You | Tags: aliens of london, christopher eccleston, clara oswald, death in heaven, doctor who, doctor who series 1, doctor who series 8, jenna coleman, john simm, ninth doctor, peter capaldi, tenth doctor, the end of time, the master, the x-files, twelfth doctor | Leave a comment

My hat, it has three corners

Please excuse the radio silence in here this last couple of weeks. I’m still trying to get this book finished, and I think it will be worth it. I have set myself a self-imposed deadline (my 40th birthday, which is imminent) for a first draft. It’s manageable provided I focus, which means that certain things – like this blog – have rather fallen by the wayside of late.

We do have a few interesting posts coming your way imminently, but I’m still writing for The Doctor Who Companion, including a rather interesting piece on hats that you might want to check out. We arranged it for Wear A Hat Day, which took place at the end of March in aid of brain tumour research. The notion of the Doctor’s headgear has been a talking point for years, of course,  although lately it’s mostly a bunch of tedious memes about fezzes, which are not and have never been in any way cool. Here’s the TL:DR version – the Doctor used to wear a hat because everyone else did. It’s only later that it became a plot point, rather than a simple fashion accessory.

Still, it did give me the opportunity to wonder about the Doctors who generally didn’t wear a hat, and how they might have looked if they did.

I think the Eighth works quite well, although it’s not quite as settled on his head as I’d like it to be; it looks like he’s got a ferret bobbing underneath it. The same applies for Nine, although I do like the idea of the Doctor going to a Guns ‘n’ Roses concert (this is Guns ‘n’ Roses in their heyday, not that group of session musicians Axl Rose toured with a couple of years back) and chilling backstage with the band. And if the Twelfth was wearing a white suit, he’d look a little bit like Herr Starr from Preacher.

Twelve’s refusal to wear any sort of headgear has often vexed me, because he’d look good in a hat, particularly during his grumpy season. 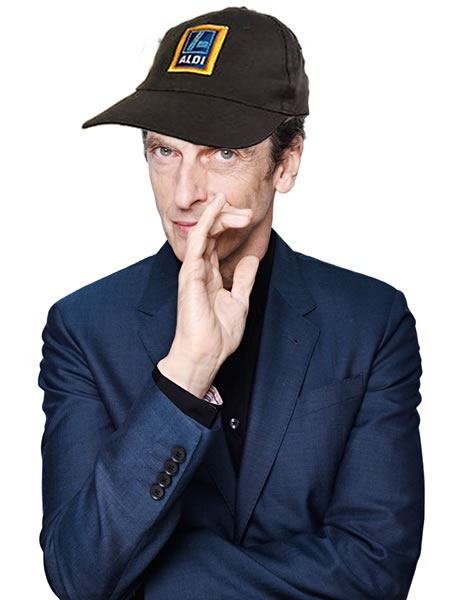