The One with the Friends Titles 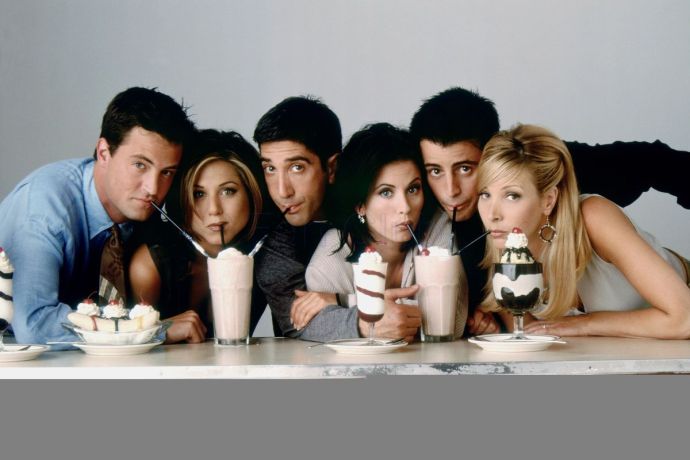 In many ways it feels like yesterday. That sense of envy, the homage to stressed-out Village life (capital intentional) where people are happy and unhappy at the same time, where humdrum jobs and complicated (or non-existent) love lives are made bearable by the people you hang out with. I was almost seventeen and it seemed such a carefree way to live: these twenty-somethings who existed in a hubbub of late films and spontaneous baking sessions and endless cups of coffee. I had just found, in the real world, an uneasy point of entry into a peer group in which I never really belonged and in which I was, for the most part, an outsider: a Gunther to everybody else’s Ross and Rachel, surrounded by ostensibly lovely people who would never actually call me.

But when you’re that age recognition of any sort is important, and you start to draw parallels. During more reflective moments, in evening conversations conducted over cider or Grolsch in our local pub, I would compare myself to Ross – heartfelt, sincere and slightly pathetic Ross. The analogy worked: Ross really was a bit of a dickhead. I didn’t see it at the time, seeing as I only recognised what how awful I was years down the line. Still, Phoebe was always my favourite – good old Phoebe, who was unable to think a sentence through in her head before saying it out loud (“There isn’t always time!”) and whose songs alone made the show worth watching, if only to detract from the tedium that was the Ross and Rachel love story. They wound up having a baby (by accident) and settling down, presumably in Scarsdale where the schools are good. We don’t know. I still don’t think I’ve seen that last series; the novelty had long worn off and my life had moved on.

It’s become fashionable to sneer at Friends, to dump the word ‘problematic’ into discussion as if that covered the multitude of readings: as if it is as simple as calling it homophobic (it isn’t), fat-shaming (guilty) and disproportionately white (so were the social lives of most people watching it). As ever, things are more complicated and as ever, the internet isn’t interested in grey, not least when black and white looks so much prettier. As far as I’m concerned Friends lost some of its sheen once it became markedly less Jewish, at least in terms of the humour it was producing, and when the characters disappeared up their own backsides in order to become stereotypical parodies of themselves, instead of rounded people: in other words, taking what the audience found funny and building the entire show around it, rather than writing something that could actually be called interesting. But I had this conversation a couple of years back, if you can call ‘conversation’ an eight-hundred word pot-stirrer I did for Metro that actually did reasonable traffic, not least because there were a number of people willing to haul me over the coals for it – or, as a particularly cynical American wrote on Twitter, ‘The one where the straight white man gets to have his say’.

What’s left? A series of eight stills from Doctor Who, accompanied by (hideously in)appropriate Friends episode titles. I have eschewed the obvious ones – hence, The One With The Flashback isn’t there, simply because it wouldn’t be funny. The rest of it sort of works. I don’t watch Friends anymore, for the same reason I don’t re-watch Doctor Who: there is too much TV out there I haven’t seen yet. But it  was a big part of my life for years, and it would be churlish to deny it that sense of cultural importance, at least on a deeply personal level: programmes like this are a comfort blanket, a sense of reassurance, a Friday spent in familiar company even if the conversation is only ever one way. It would be nice if we could just view it as that, instead of having all this other baggage. It would be nice, but I don’t think it’s going to happen, which is why I tend to keep out of it these days. 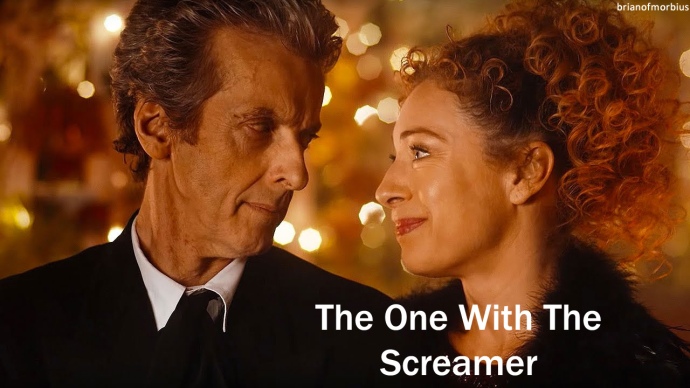 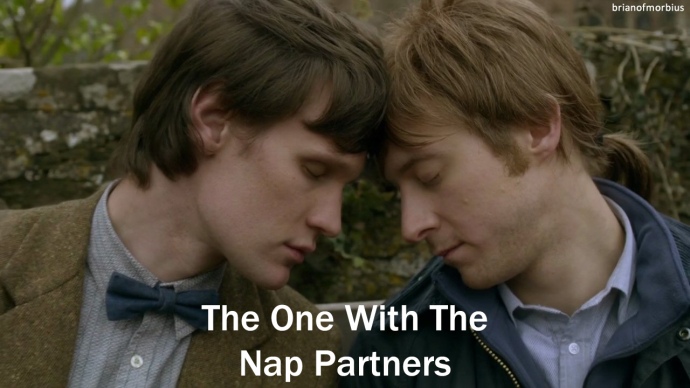 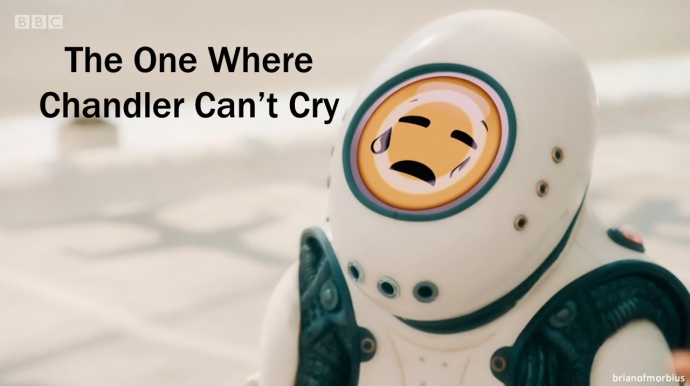 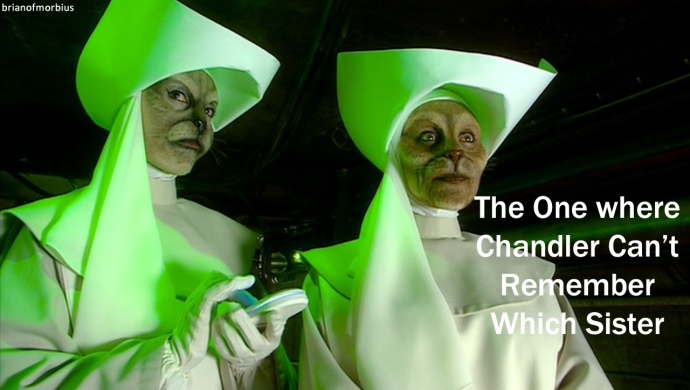 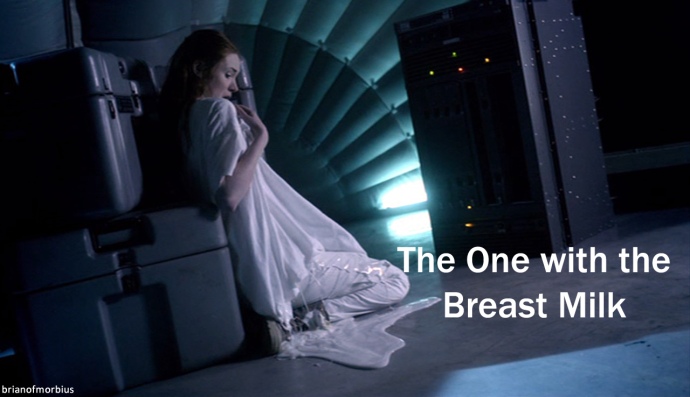 2 thoughts on “The One with the Friends Titles”