If you don’t know your British chocolate, Wispas are bubbly chunks of goodness, first available in 1981 and then brought back a few years ago. Arguably more successful, at least in this form, than their homophonic counterparts.

The second one ought to be self-explanatory. 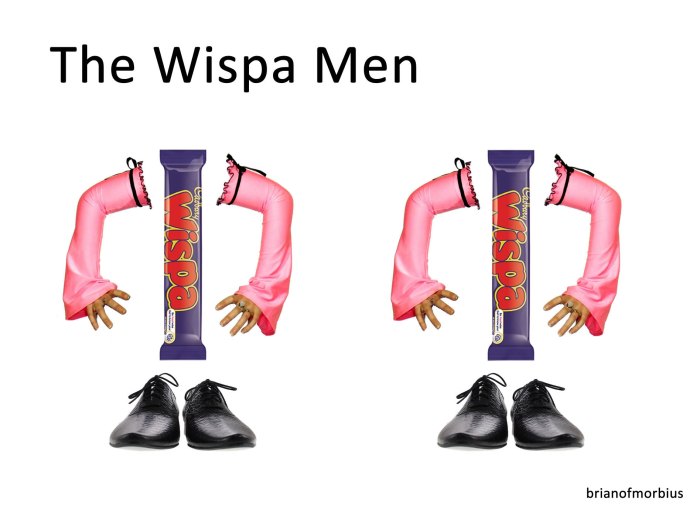 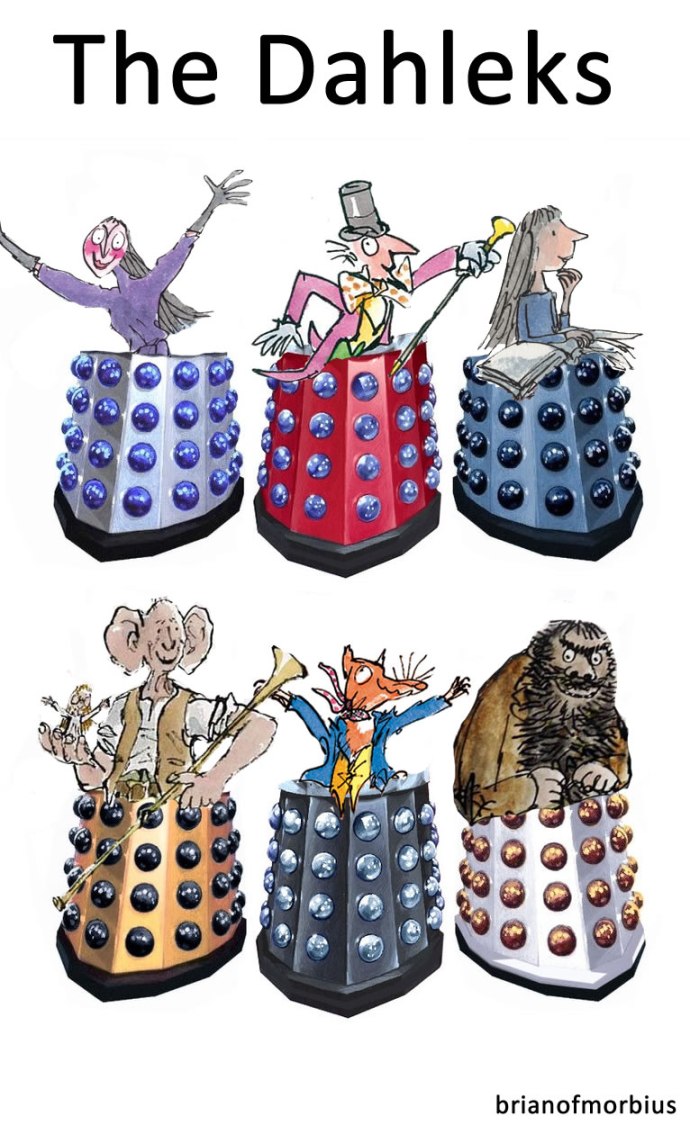 Here we go. I’m by no means the first to make this joke, as Google will testify,  but it really was too good an opportunity to miss. 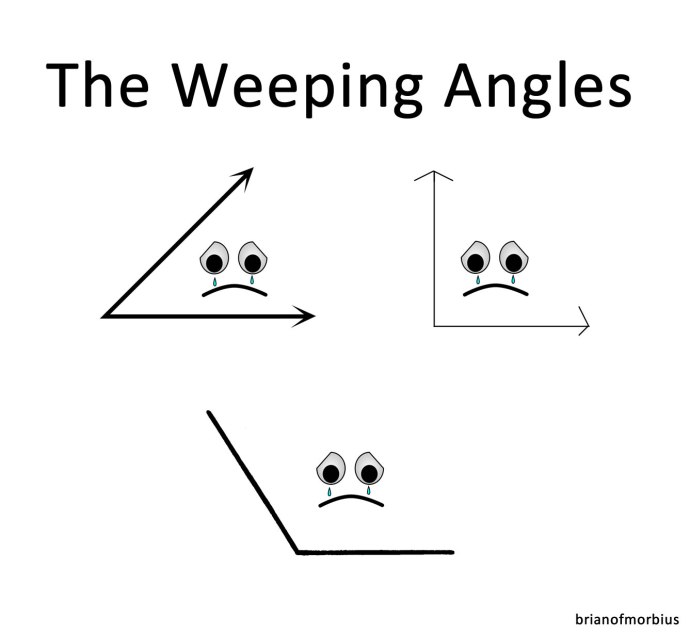 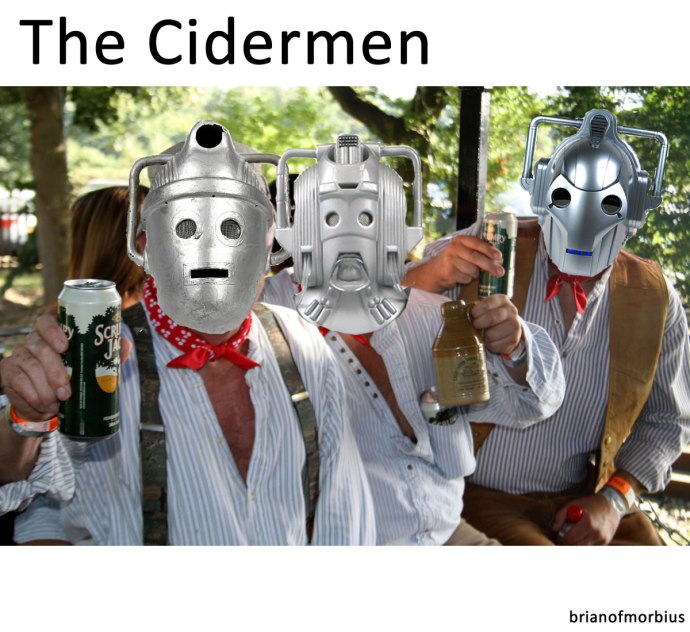 A significant proportion of my audience is American, and may have never heard of the Wurzels, in which case this might help.

‘Love and Monsters’ is, of course, a story that many of us would like to block from our memories, but you may recall that two of the members of L.Y.N.D.A. sing the song on which this is based, ‘Brand New Key‘, early in the episode. This parody is arguably more successful, certainly on this side of the pond. The cheers it raises in Bristol nightclubs are frankly phenomenal.

The Wurzels are not to be confused, of course, with Worzel Gummidge, a popular scarecrow who starred in a series of novels and, eventually, a TV series, starring this chap. 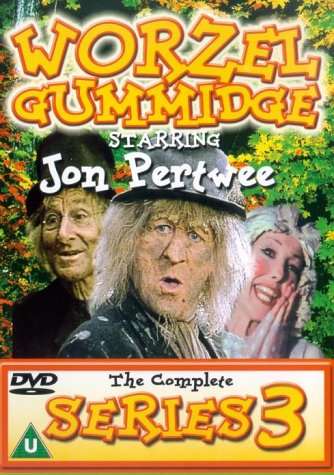 Worzel Gummidge wasn’t Pertwee’s only TV work during the 70s and 80s. He also provided the voice of Spotty in the memorable Superted, a show about an anthropomorphic teddy bear who can transform into the titular superhero at the mere whisper of his secret magic word. Pertwee’s co-stars included Sheila Steafal, who appeared in Daleks’ Invasion Earth 2150 A.D., Derek Griffiths, a children’s TV veteran who’s turned up in at least one Big Finish production, and Melvyn Hayes, who was married to Wendy Padbury.

Derek Griffiths (who voiced Superted) may have had his heyday years before my children were born, in the likes of Heads and Tails and Play School, but they did get to see him in the CBeebies pantomime late last year, in which he appeared as the Ghost of Christmas Past – that’s him on the left. 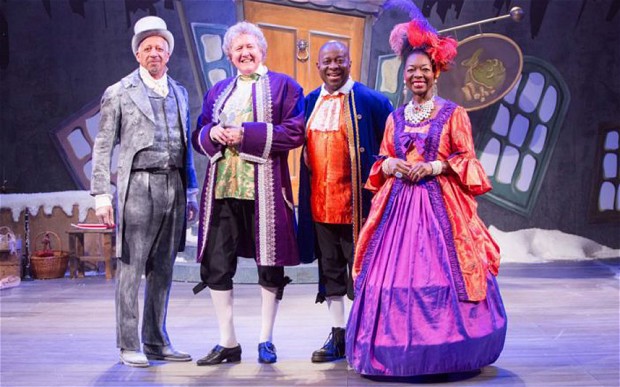 They were doing A Christmas Carol, of course, with the role of the spiteful Ebeneezer Scrooge going to Andy Day. Here he is looking rather less than spiteful. 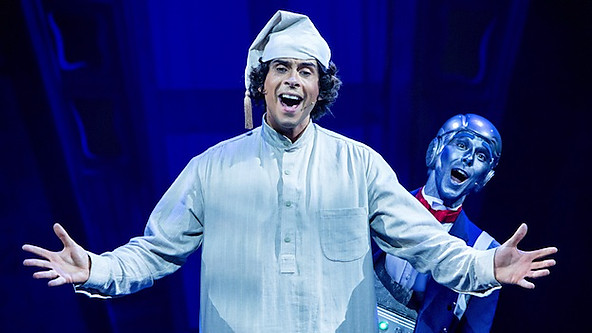 Andy can currently be seen in Andy’s Dinosaur Adventures, a show in which he travels back to the Cretaceous era using a grandfather clock that glows with sparkly blue energy, and that appears to be bigger on the inside. 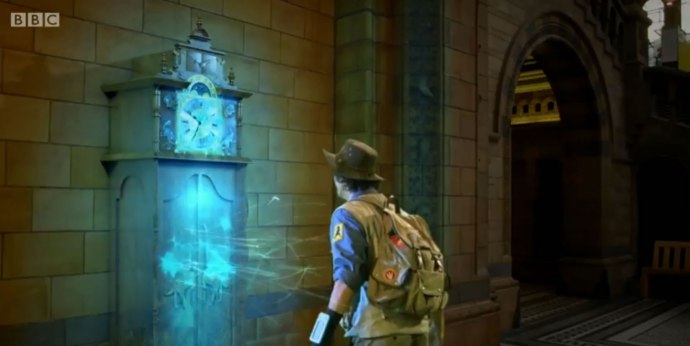 Andy usually ventures into the past in order to obtain a vital artifact for a museum display, to replace the one that got damaged at the beginning of an episode. His encounters with the dinosaurs are wonderful – CBeebies have taken the CGI footage from 1999’s Walking With Dinosaurs and superimposed Andy over the top in order to make the programme more accessible for children. The results are very effective and highly entertaining, if a little conventional – the butterfly effect is completely ignored, and I would love, for example, to see an episode where Andy swats a fly and returns to a future where everyone has lizard tongues and the world is ruled by a despotic Mr Tumble.

1999 is the year the Master messed around with the Eye of Harmony, of course, in a story that marked Paul McGann’s debut.  This is more than likely nothing but coincidence, but it’s telling that when Daniel was playing with my figure collection in late December, during yet another airing of the CBeebies Christmas Carol, he came running into the kitchen clutching five inches of plastic, declaring “Look, Daddy! It’s Ebeneezer Scrooge!” 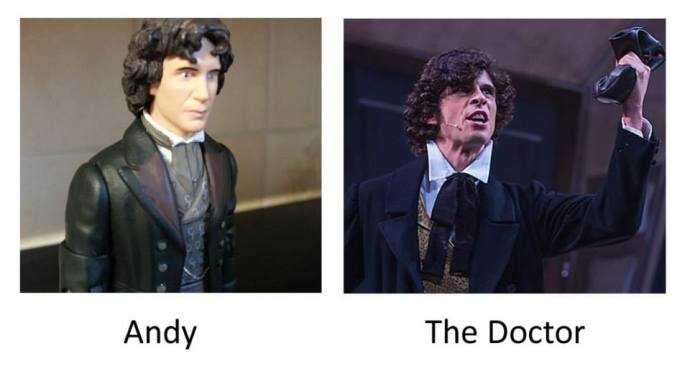 It takes a while, and the links may be occasionally tenuous, but in the end, everything comes back to Doctor Who.

Last night, Thomas and I were watching ‘The Web of Fear’. It was episode two, and the yetis were wandering through the London Underground.

Thomas said “Daddy? Is the Abominable Snowman lost?”
“”I don’t know,” I said. “Maybe he’s lost in the Underground, yes. But I reckon they’ve been brought here. They’re robots, remember, so the Great Intelligence has probably got plans for them.”
“No, Daddy, the story.”
“Oh, that. Yes.”

With that in mind, here are today’s unused monsters, one of whom has a distinctly wintry theme. 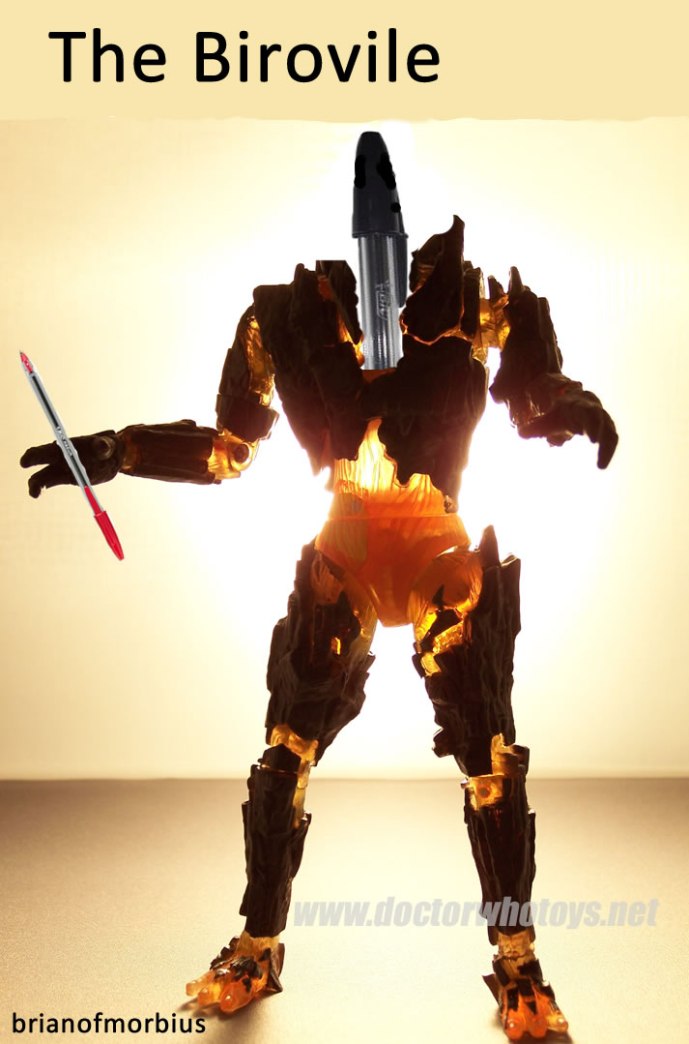 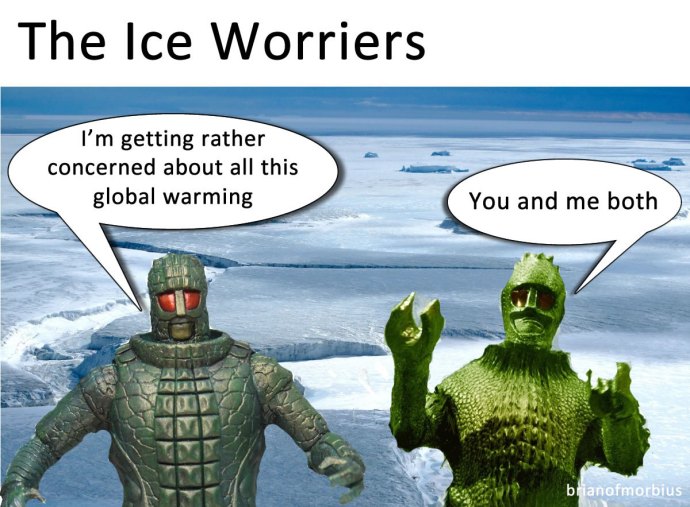 Unused Doctor Who Monsters (part one) 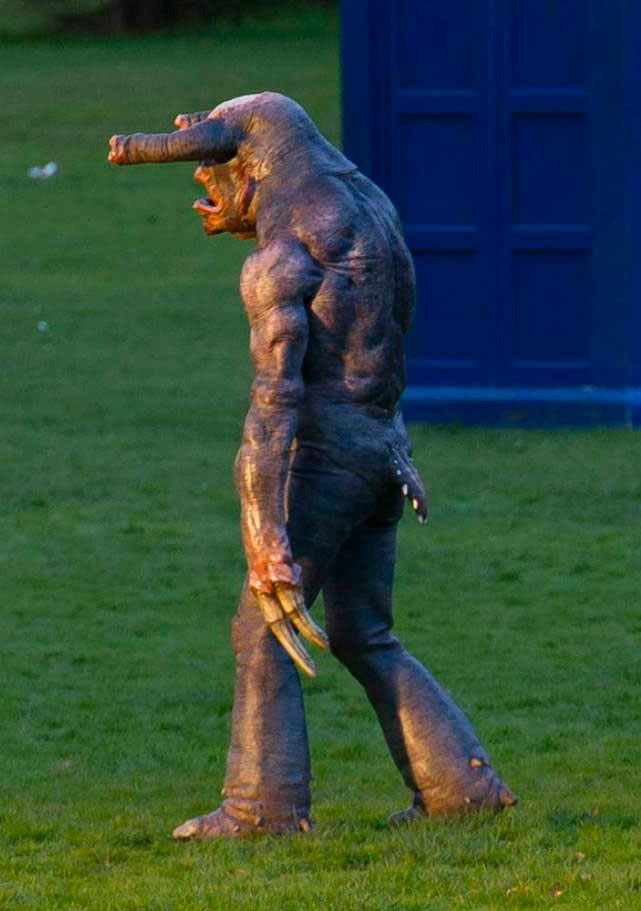 As spotted during filming for series eight, and featured in a report by Metro, who gush that it “looks like nothing you’ve ever seen before”. Which is true in the sense that it’s a composite of various other creatures that have been blended together to form something a little different. In other words, it looks like bits of stuff you’ve seen before, but never at the same time.

It took me a while, and a bit of help, but once you get past the obvious Slitheen arms, the rest is simple. 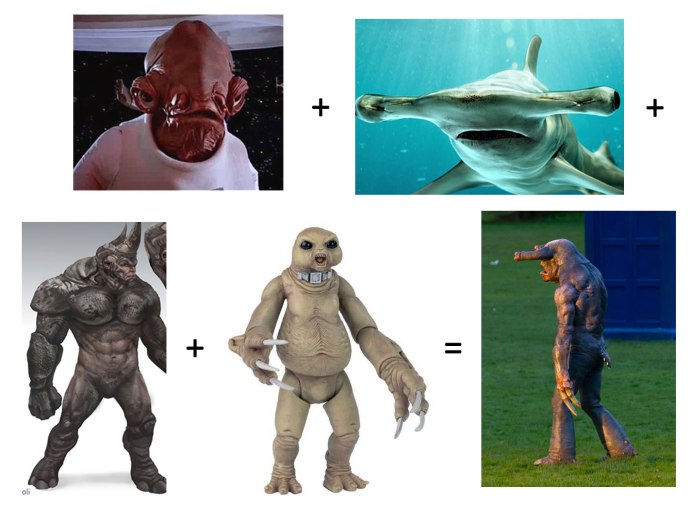 I’m not knocking them. The Rhino is featuring in the new Spider-Man film, and Star Wars is seldom out of the press these days, so it’s all publicity. This beast is thoroughly generic (and more than a bit Minotaur-like) but goodness knows we need something that isn’t a Dalek or a Weeping Angel. Besides, who doesn’t like Admiral Ackbar?

Of course, as Gareth pointed out, there’s always the possibility that this was an influence. 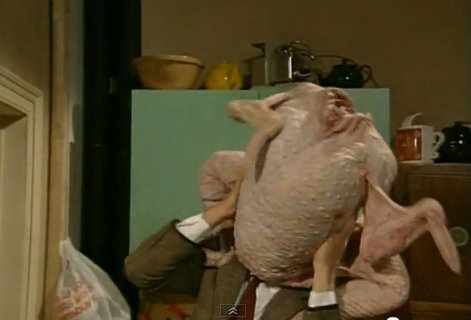 Anyway, this basically gave me the idea for a new series, formally entitled “Monsters we didn’t see in Doctor Who“. They will be posted in pairs, as and when I do them. Here are the first couple, and I make no apologies for what is basically a series of appalling jokes, and the fact that you have to know your BBC history to appreciate the second one. 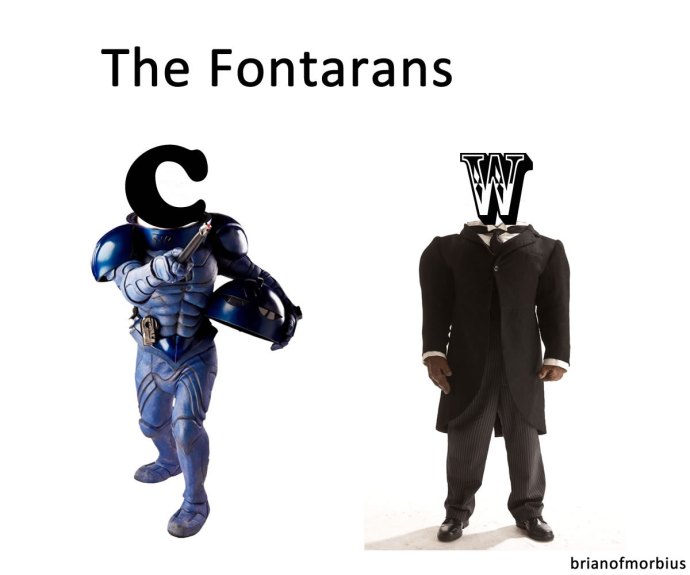 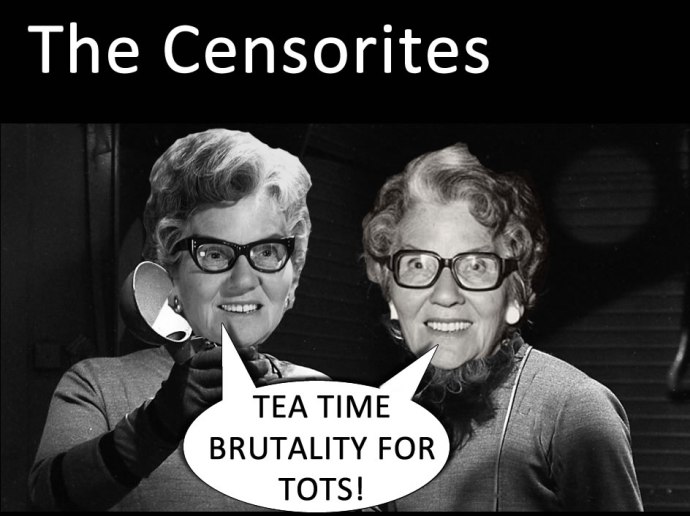 I will consider requests, with the probable exception of “Stop posting this crap!”. 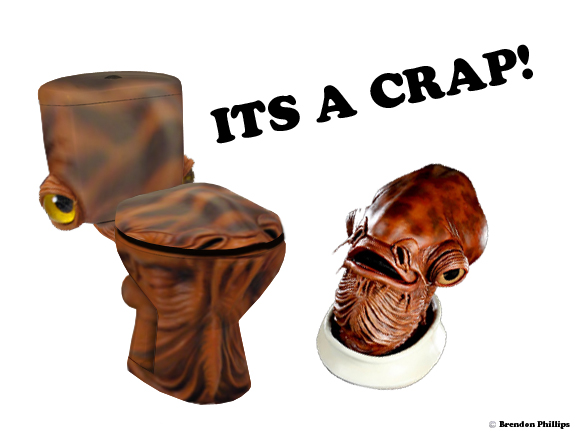