Have I Got Whos For You (Halloween special)

We sure picked a creepy night for a drive, huh, Scooby Doo?

Let us delve, constant reader (I do have one, and you know who you are) into a world of the dark and freakish, where things go bump in the night and lightning flashes are timed with jump scares, and when someone hears a noise and calls out “Frank? Is that you?” it’s never Frank. Some of these are new – others I’ve been saving. (One is at least two years old. I don’t know what that says about me.)

We open (because this is Doctor Who) in deep space.

I must apologise to Cyanide and Happiness, whose work I have shamelessly reappropriated. Still, it kind of works.

Elsewhere on a near identical freighter:

I honestly don’t know what I was thinking with this one. It wasn’t Alien Day, because I covered that elsewhere. An appropriate caption might be “You’ve let yourself go, Peri.”

Back to Earth now, and a forest in Norway:

“Ah, we’ll take him with us. He looks harmless enough.”

I confess I got a little catty with this one. “What is it?” said more than one person. I explained. “Oh, right. Minecraft,” was the response. “That thing for little kids. No wonder I’m not interested.” This was on a Doctor Who forum. I mean honestly.

Of course Doctor Who is for kids. Just look at the warm and welcoming expression on Tennant’s face. He never stood a chance.

Meanwhile, in an old motel twenty miles outside Fairvale, California, an unsuspecting Matt Smith throws his case on the bed, his clothes on the floor, and takes a shower.

“It’s been a while since I bought women’s clothes.”

The Bates Motel is, of course, exactly the sort of place the TARDIS would land, given its propensity towards taking the Doctor to the most incessantly horrible places in the universe. Which has nothing to do with Gaiman’s “Where you needed to go” bollocks; it’s just if you’re on a tropical beach surrounded by dolphins there’s no story, unless said story involves singing dolphins and a heavy-handed message about plastic in the water. Oh well, it’s better than having sex with the fish.

Of course, in such circumstances the best thing to do is to hot-foot it to the TARDIS and simply go to the pub, assuming you pick a good one.

And pan out, and of course it’s revealed that all of this is taking place in a snow globe being held by a prince.

“Hang on, they’ve got the Paradigm Daleks. Can we go in?”

Have I Got Whos For You (Halloween special)

Sorry about the radio silence this last week, folks: I’ve been in Cheshire, where there is not much to report.

Over in Whoville, of course, things have been getting busy with the news of an upcoming Doctor Who themed musical from the writers of Les Miserables. 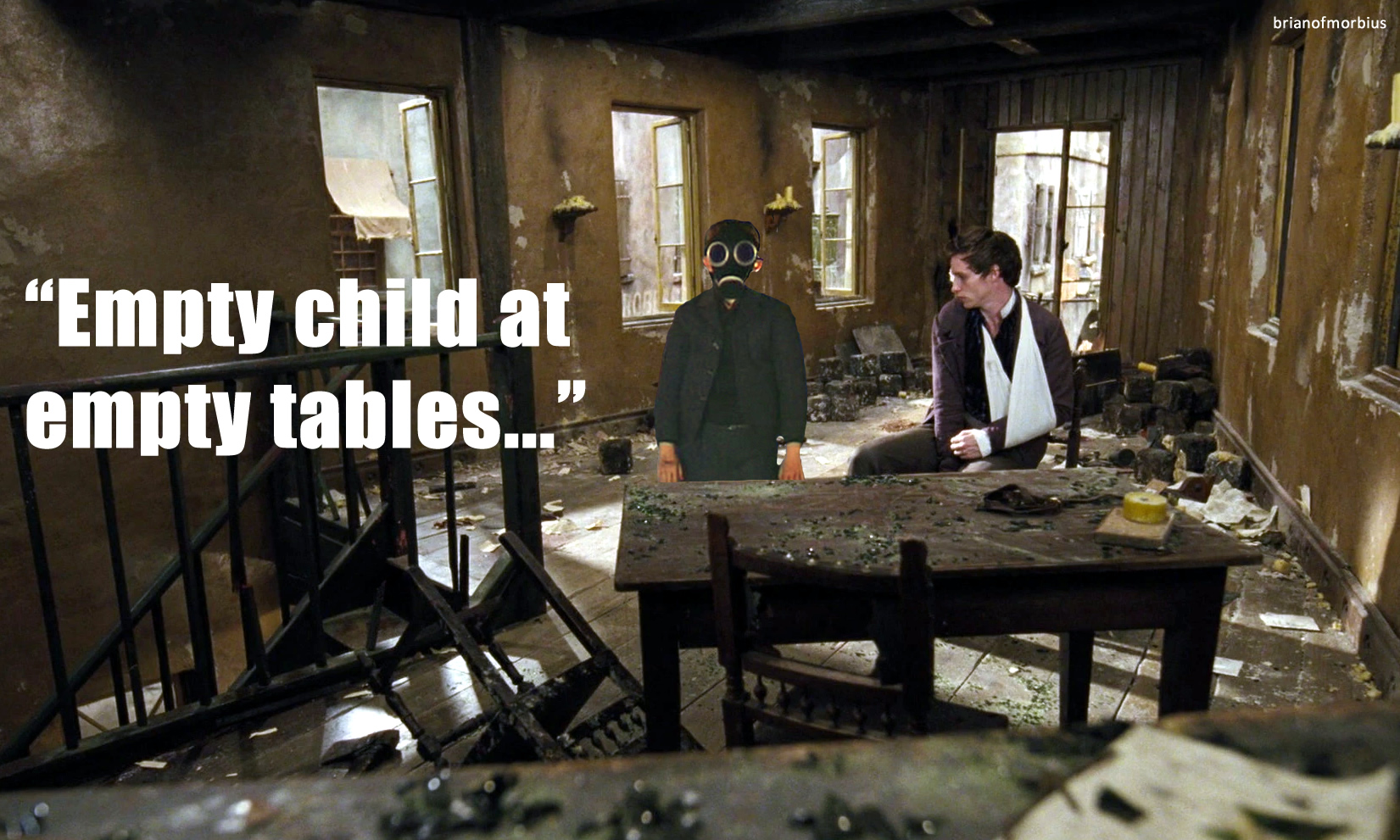 Well, everyone wanted Eddie Redmayne as the Doctor, didn’t they?

Elsewhere, unreleased concept art for ‘The Doctor’s Wife’ drifts to the surface, confirming many of our suspicions about Amy and Rory. 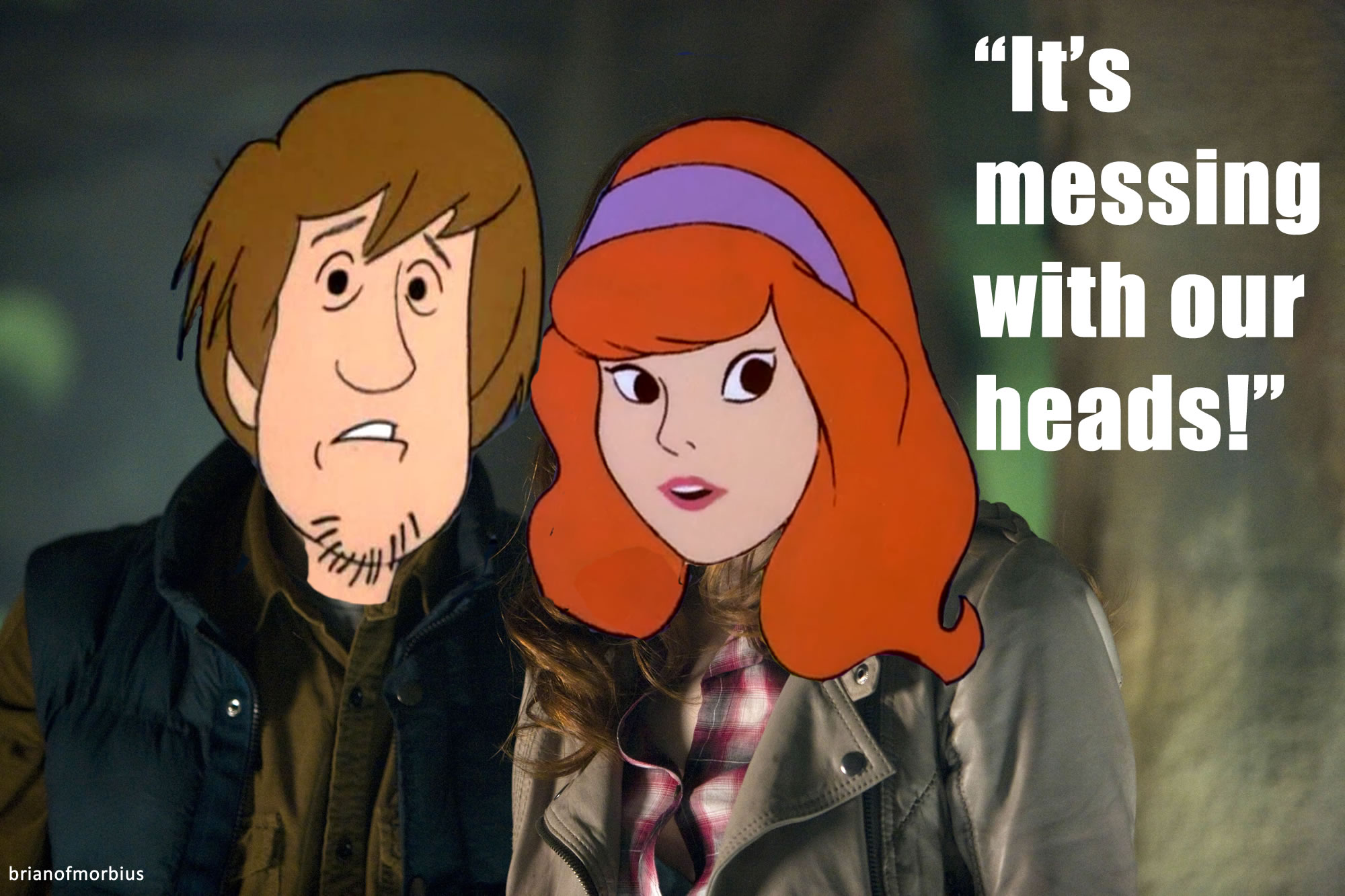 We sure picked a creepy night to land in a pocket universe, Scooby Doo.

And on a quiet street somewhere in Basingstoke, the Doctor frankly didn’t see it coming. 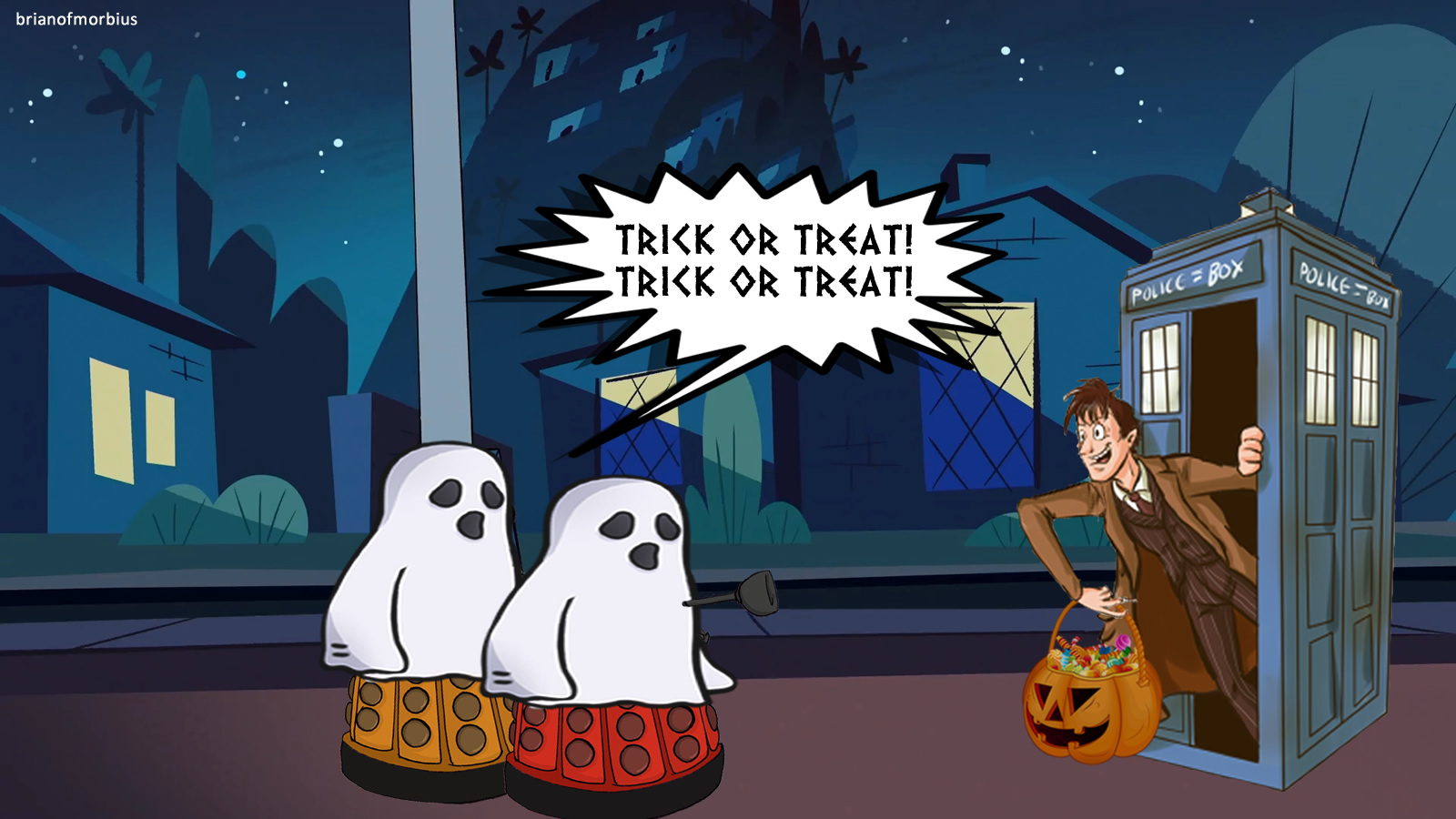 Enjoy your Halloween, and don’t let the bed bugs bite.

Remastered: Whistle and I’ll Come To You, Explained

It terrified me. It terrified both of us, as I remember: the heightened emotions of Yule and the thrill of a ghostly tale told beneath a darkened, wintry sky; the sight of a suddenly lucid Gemma Jones sitting on the bed, staring directly at the camera. The moment it finished I turned on all the lights. Neither of us slept well.

“There were just lots of noises,” Emily said, when I asked her why it had affected her so much. “And nasty things happening. And I couldn’t understand it!”. This, I suppose, is the whole point: we fear what we do not understand, and the nature of the haunting that the ageing professor was experiencing was never fully explained. In the meantime I managed to spook my wife by scratching on the side of the bed, and crawling across it towards her, bellowing “I’M STILL HERE!”

I accept – without reservation – that the original is better, despite never having seen it; one set of wandering blankets is enough, thank you very much. And I wouldn’t say that the video that followed – which I completed a few weeks later, at the dawn of 2011 – was therapy. But perhaps in a way it was. Perhaps the best way to defuse the tension is to kill it with a joke. This was my favourite episode of Some Mothers Do ‘Ave ‘Em and it was such an obvious fit. It pairs Frank Spencer with the War Doctor. The end result jars, which is partly the type of film used and partly the aspect ratio. But the story works.

If you’ve been following this blog more or less since its inception – or if you’ve had the dedication to go back and read through all the archives, for which I thank you profusely – you’ll remember that this video is the first one I did, and the first one I wrote about here. Deciding to revisit it again this autumn (purely for the purposes of uploading it to Facebook) meant a host of mostly cosmetic changes. I fixed a couple of rough edits and took care of a couple of sound issues that I was never quite happy with. The actual structure is more or less unaltered, because it works as is. I got my fair share of negative feedback, given that it doesn’t really give the concrete answer that people might have expected from the title. It’s an explanation, but a comedic one. I honestly think people expect to be spoon-fed. 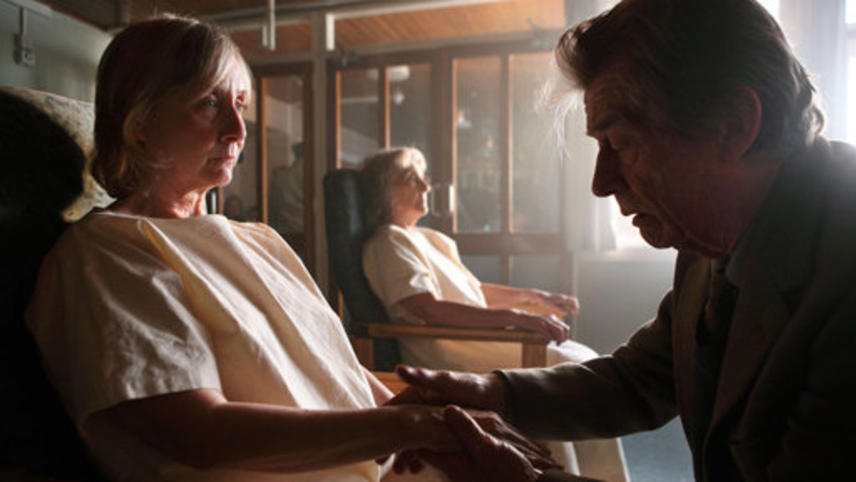 But I do recall another night not long after we’d seen Whistle, lying in bed, cuddled, the electric moon candles I gave her for Christmas the only light in the room.

“I looked it up, and there seem to be a couple of theories,” I was telling her. “One is that the whole thing was psychosomatic. The other is that she was haunting him because he believed she was nothing more than an Alzheimer’s-ridden shell. But I don’t know.
“Something strange, though. You remember the ugly bust they had in the bedroom? Apparently Neil Cross, the writer, was staying in a hotel in Devon, probably for research or something. And that same bust was in his room and he remembered it looking inappropriately creepy for hotel decor and that probably fuelled the creative process. Later on, when they were assembling the set in the Surrey mansion they were using, he realised it would look good in John Hurt’s room so he contacted the hotel, and asked if they could borrow it. And apparently…it never existed. He showed them photos, and they said yes, it’s our hotel and it’s our room, but this bust was never here.”

“So they had a replica made, because he could remember what it looked like, but the original just wasn’t there. Creepy stuff, isn’t it? Anyway, goodnight.”
“Shithead.” 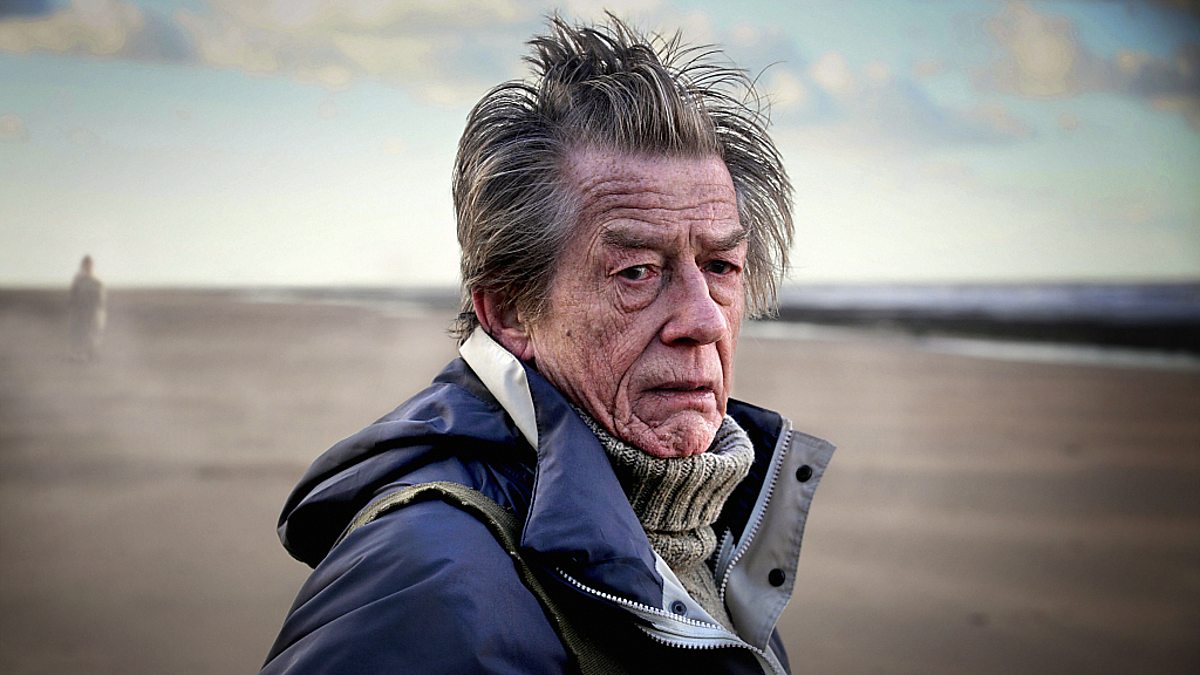 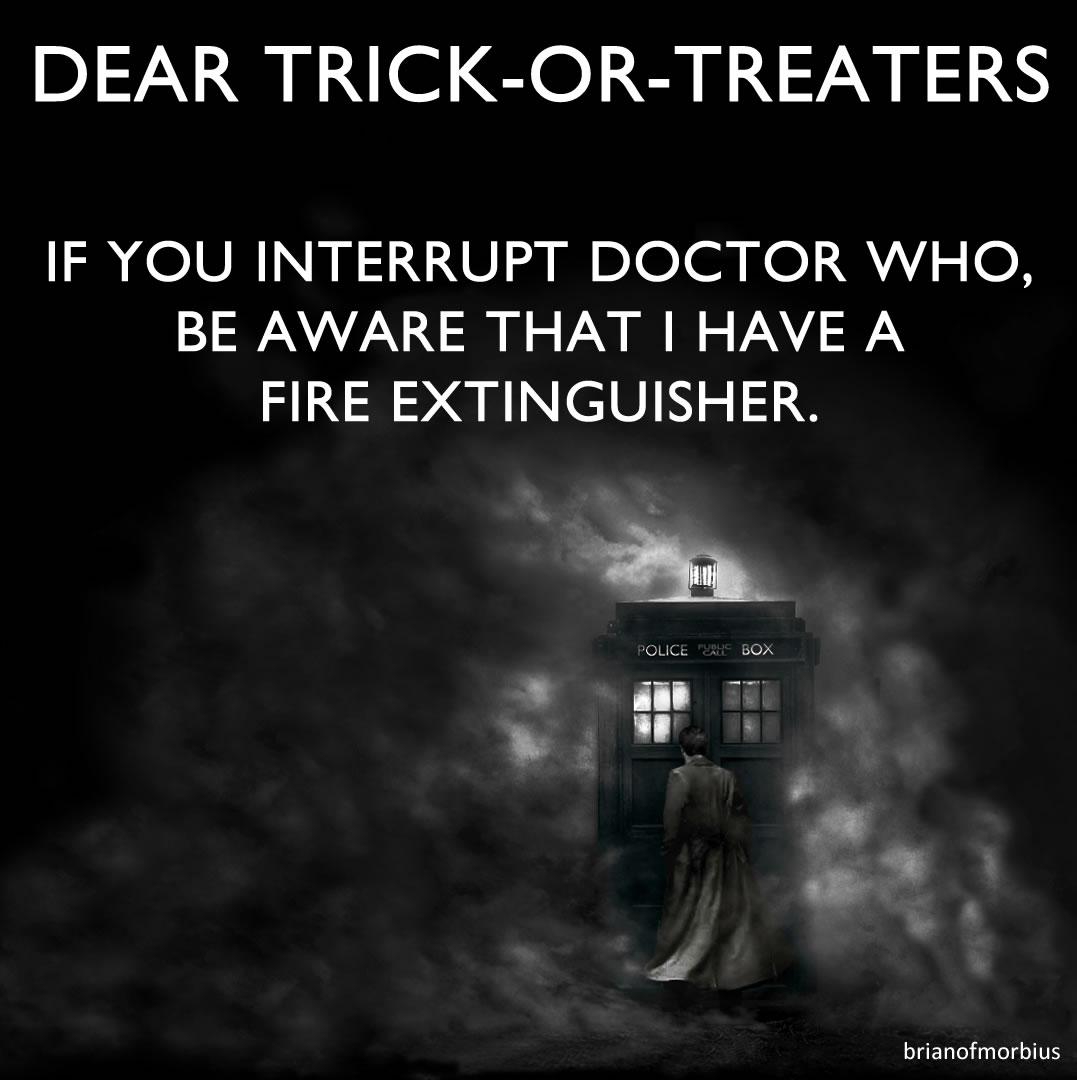 Somewhere inside this pumpkin, a TARDIS is exploding. 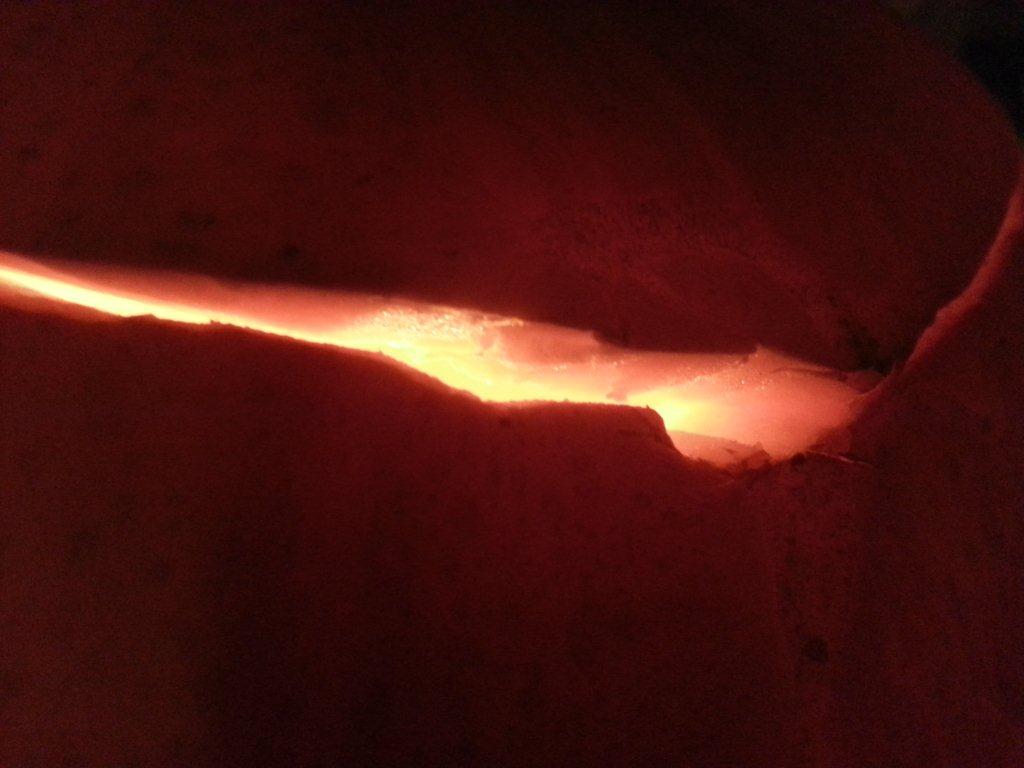 Portrait of the artist as a young boy 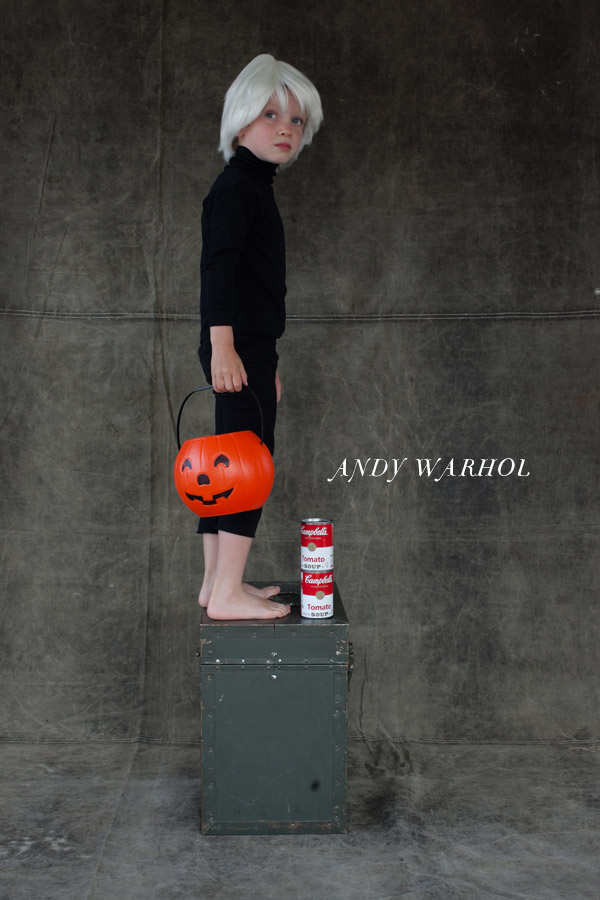 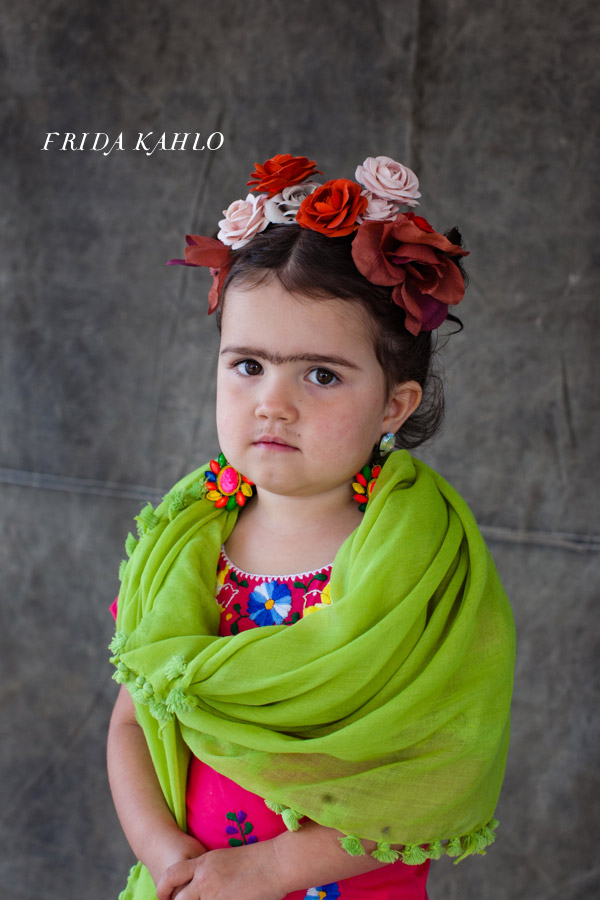 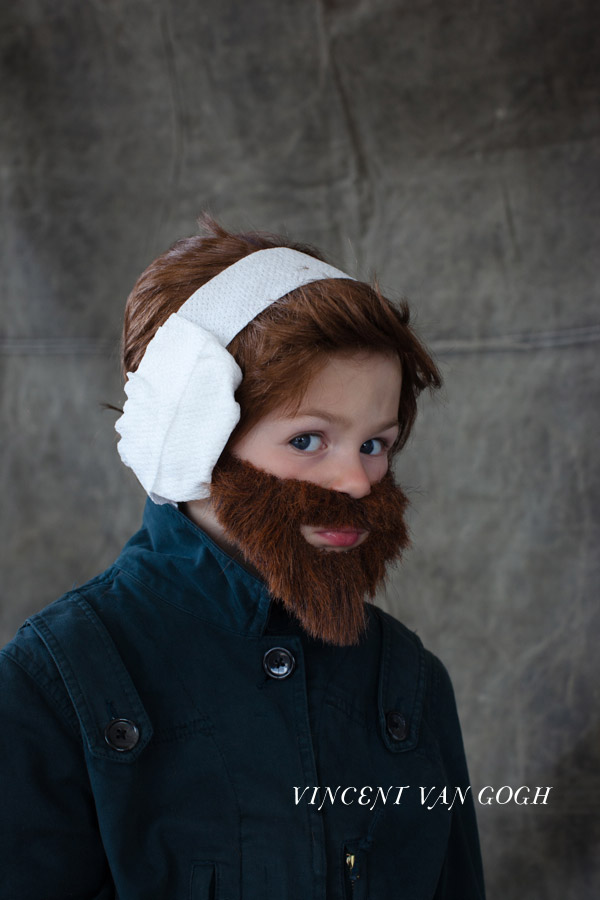 To be fair, they’re not specifically touted as Halloween costumes, but it’s two weeks until the 31st and that’s probably what at least some of you were thinking. Such diversity is to be applauded, I suppose – not every kid wants to be a werewolf or a vampire. On the other hand, why go as a pale-skinned ghoulish freak when you can go as Dracula?

It was the Van Gogh one that stood out, simply because the ear patch is in questionable taste, and therefore exactly the sort of thing I’d love to see Joshua wearing. I mentioned it to Laura, and she said “Plus it has a werewolf beard!”.

“It is amazingly bushy,” I said. “But speaking of, that episode is coming up in a few weeks. And I’m not sure how I’m going to tackle it with Josh. It means talking about things we’ve never discussed before. It’s the whole bipolar thing.”
“It is fairly full-on, isn’t it?”
“It’s my favourite episode in the New Who canon, if you don’t count ‘Blink’. But it was bad enough having to watch ‘Flesh and Stone’ in the hope that he wasn’t going to ask why Amy was flinging herself at the Doctor. Now I’m going to have to talk about Van Gogh fighting the monsters in his head and ultimately killing himself. That’s more frightening, really, than anything that the Doctor has ever faced.”

Laura nodded. “When you think about it, series five went into some pretty dark territory.”
“Talking about Van Gogh and why he was brilliant is relatively simple. I’ve got a book that we’ll look at and I’ll encourage him to spot the paintings. I do think, having watched that episode, that I actually get Van Gogh now. I never really did before.”
“It’s basically a question of comparison,” said Laura. “You look at what he was doing versus what was actually going on around him, and the fact that what he produced was just so different.”
“It’s just the rest of it. Anyway,” I said, “next week we have ‘Amy’s Choice’, which deals primarily with self-loathing. So I suppose that’s a good way in.”
“That’s true.”

There was a mutual pause.

“Plus ‘Vincent and the Doctor’ has a gigantic invisible chicken.”
“Yes, that helps.”