Doctor Who and the Spin-offs of Death

If you thought ‘Rose Tyler: Earth Defence’ was a spin-off too far, then I think I may have found a way to beat it. 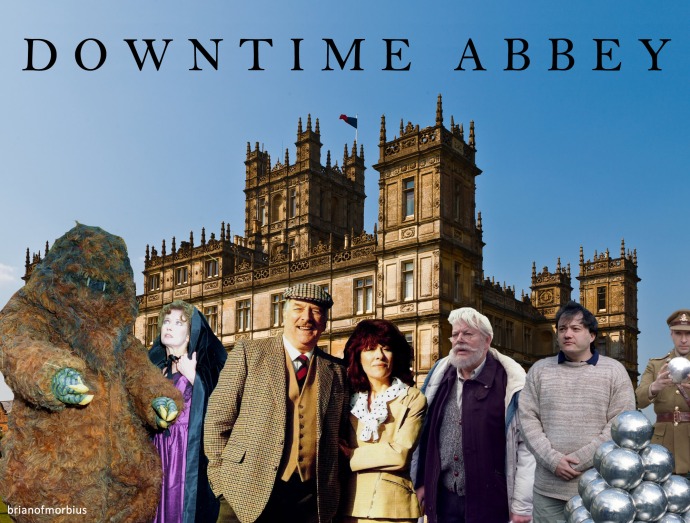 TARDISes I have known and loved.

I realised that it really was time to take this photo after we visited Techniquest. Located on the university campus in Wrexham, it’s one of those hands-on places with rooms full of fans, heart monitors, light-and-sound displays and other stuff. There are many such places dotted around the country, and the first time we visited one since we’ve become parents was on a cold January morning back in January 2013. I had a raging hangover, but it was worth it just to see this.

On this particular Sunday, my head was clear, which was a good thing, because some of the optical illusions would likely induce nausea if you’d had a few. Life, as it turns out, is all about perspective.

The day before we visited Techniquest we’d been in Shrewsbury – a place which has very little connection with the Whoniverse outside some of the novels. It’s also not too far from Ironbridge, as the crow flies, which I’ve talked about before –

Shrewsbury itself is the hometown of Wilfred Owen, war poet of legend, who was one of several famous locals to be commemorated with a memorial set up on Smithfield Road in the summer of last year. He appears alongside the town crier and Sabrina, goddess of the River Severn (I swear I’m not making this up).

The funny thing is that when you look at it from the road, Owen’s statue really does look a bit like the Brigadier. 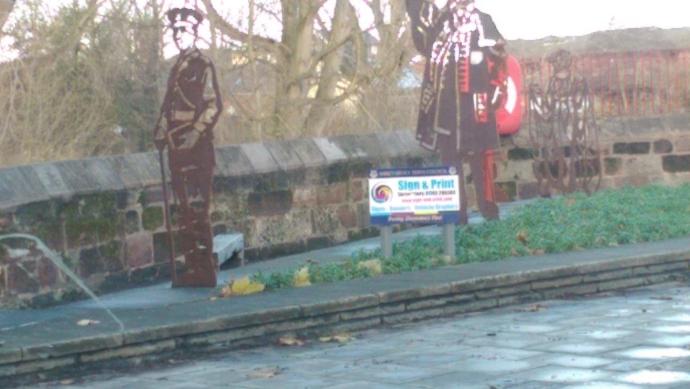 Sort of. If you squint. And that’s nothing more than wishful thinking on my part, perhaps, until you drive down to the river and reach the local park, and the Doctor Who influence on the whole town becomes strikingly clear.

You see what I mean…