In conversation with Gareth about the origins of humanity, which is the sort of thing we talk about. (Our email topics, as I daresay I’ve mentioned, tend to shift by degrees of association. This morning it was:

Cf. Battlestar Galactica, Planet of the Apes…oh, I could go on. And, of course, Hitch Hiker’s Guide to the Galaxy, in which (in Gareth’s words) “Ford and Arthur arrive on the Golgafrincham ‘B’ Ark, and they crash land on preshistoric Earth.  Arthur tries to educate the primitive creatures there (e.g., playing Scrabble, leading to try to guess the Ultimate Question by drawing tiles, only to get “WHAT DO YOU GET IF YOU MULTIPLY SIX BY NINE”).  Ford suggests that the human race ends up being descended from the Golgafrinchams rather than the intended people”.

“I wonder,” I said. “If ‘Doctor Who?’ is the ultimate (and therefore the first) question, and ’42’ is the answer, how can we make that work?

“Maybe the question got obscured,” replied Gareth. “And it began ‘What’s a really bad episode of’.” 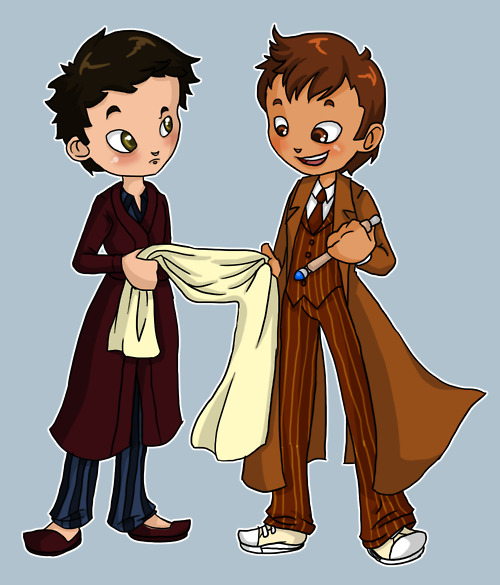